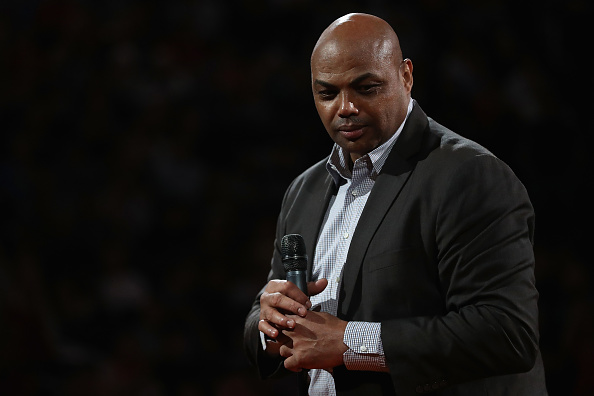 With so much vitriol in being spewed everywhere and everyone talking about doom and gloom, it is refreshing and beautiful to find a story that spotlights the incredible humanity of people. This heartwarming story about Charles Barkley and a lifelong friend will fill your soul with emotions you thought had died years ago and your eyes will become flush with tears of joy.

Charles Barkley can be described as a “loudmouth” but that is his role as an opinionated TV personality. This story is about Charles Barkley, the regular guy who has a big heart. Journalist Shirley Wang shared this unbelievable story about the unlikely and undying friendship between her father and Charles Barkley, and it would be in your best interest to read the entire soul-refreshing article HERE because Shirley tells the story far better than anyone else could.

Barkley met Lin Wang at a hotel bar in Sacramento years ago when the fantastic friendship was started. What started out as a normal request for a photo op turned into a night of bonding that would last a lifetime. “I was just sitting at the bar,” Barkley said. “And me and your dad were the only two people in there. And we just sit down and started talking. And, before we know it, we looked at each other, like, ‘Yo, man, I’m hungry. Let’s go to dinner,’ ” Barkley said. “It turned into a two-hour dinner. And then we actually went back to the bar and just sit there and talked for another couple of hours. And the rest is history.”

Barkley, the legendary basketball player, and Wang, the cat litter scientist from Iowa on a business trip, decided to meet up at the hotel bar again the next night, another night, and even a third night. They exchanged phone numbers and said they would keep in touch. Amazingly enough, the two men from completely different worlds not only kept in touch but also hung out when they were both in the same city. Barkley even invited his new BFF to Inside the NBA.

“Your dad is one of the happiest people I’ve ever met in my life,” Barkley told Wang’s daughter. “I’m not just saying that — I mean, think about it: It’s fun to be with your friends, you know? ‘Cause, I don’t have that many friends that I want to be around, to be honest with you. I mean, you know a lot of people. But when you go spend time with your friends, it’s a whole different animal.”

In June of 2015, Barkley’s mother passed away and traveled to Leeds, Alabama to attend her funeral and to support Charles. It ain’t easy to get to those places,” Barkley said. “I’m from a very small town. For your dad to take the time to come to the funeral meant a great deal to me.”

In May of 2016, Lin Wang was diagnosed with cancer and tumors in his heart. Lin never told Charles that he was sick. In June of 2018, Lin passed away. His funeral would be held outside of Iowa City the day after Lin’s favorite team, the Golden State Warriors, won the NBA Finals. Barkley would give the eulogy at Lin’s funeral.

Here comes the part that will bring the tears and will have you cry over the simple innocence of this unimaginable friendship. As Shirley Wang writes in her article, she asked Charles after the funeral: “Why my dad? Why did he matter so much to you?”

The NBA Hall of Famer replied:

“Well, I think — first of all, clearly, he was a fan, but I think the main thing we talked about was you and your brother. I think it was more that he was proud. Because I’ve got a daughter, too. I’m just really, really proud of her, because I think she’s a good person. And your dad was so proud of you and your brother. Listen: As an adult — and you’re too young to understand this now — all you want is your kids to be happy. That’s what you work for. To give your kids everything in life.”

Shirley wrote in her article: “The more Charles Barkley and I talked, I realized just how close he and my dad were. Barkley knew so much about me and my life — even though this was the first time he and I had ever talked.”

Please read the entire article to get the full story of the stirring relationship between these two men and remember that strangers are just friends waiting to happen.