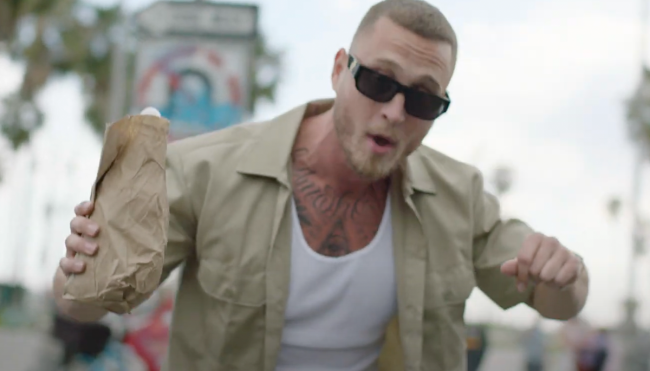 It’s been over a decade, but I can vividly remember the I day found out Tom Hanks had a son whose name isn’t “Colin.” I was sitting in my dorm when I stumbled across a Northwestern University-inspired remix of Wiz Khalifa’s “Black and Yellow” recorded by someone named “Chet Haze,” which I soon found out was the moniker adopted by an aspiring rapper who was born “Chester Marlon Hanks.”

I can’t say I anticipated Chet’s rap career would be an even hotter topic of conversation in 2021 than it was when he first burst onto the scene as a dumb college kid, but that somehow turned out to be the case. Sure, it’s been occasionally overshadowed by accusations of domestic violence, his questionable attempts to hit on Adele, and a very bold stance on COVID vaccines coming from someone whose parents battled the illness, but he still managed to find the time to drop the morbidly anticipated video for “White Boy Summer” earlier this year.

At the time, I thought there was a chance the rapper who officially rebranded as “Chet Hanx” would quietly fade off into the sunset, but according to Complex, it seems like he’s just getting started after revealing his newest career move.

On Tuesday night, Chet was joined by Soulja Boy in an Instagram video where the latter revealed Hanx has officially inked a deal with SODMG Records, with the ringtone rap legend saying “we about to make history” and hinting it’s only a matter of time before his newest signee drops a full album.

Here’s to hoping this means Chet’s days of asking fans to pay his bills are behind him.