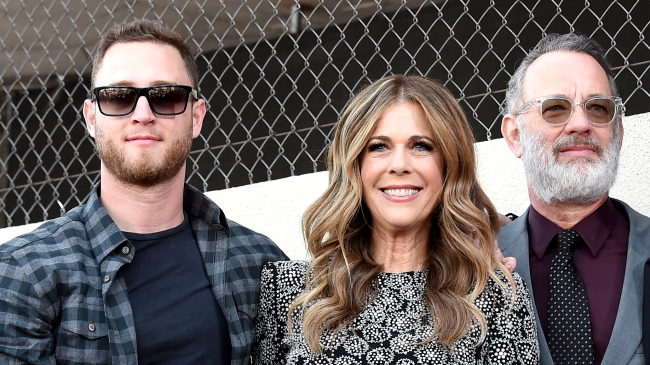 Chet Hanks, Tom’s son, is getting ripped on social media for allegedly sending a DM to a fan asking them for $200 to help him “pay his bills.”

According to Hot 97, the 30-year-old “White Boy Summer” rapper allegedly made this request after a female fan messaged him, writing, “I love you.”

“Do you really?” he replied, later adding, “You got some money for me baby?”

When she replied, “Whatchu need king?” Hanks allegedly wrote back, “What’s the most you could give me right now baby? Be honest.”

The woman responded that she could spare $22. Hanks then replied, “How about 200?”

She then asked Hanks what he needed the money for and he answered, “just me baby. i got bills.”

To that she replied, “Your dad is forrest gump. Love u tho king im in la if u ever want to do pushups on the beach.” 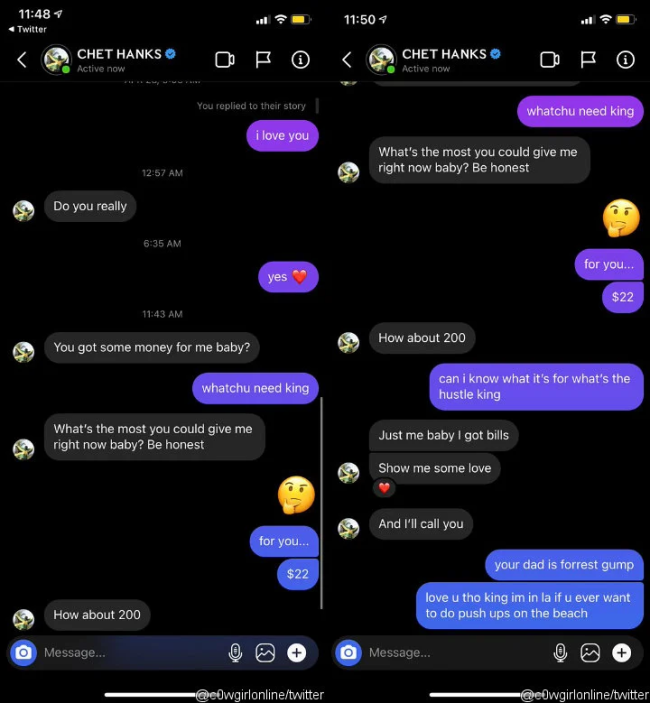 She does have a point.

America’s dad, Tom Hanks, reportedly has a net worth of $350 million, while his mom, Rita Wilson, is also reportedly worth another $100 million.

Not that any of that has stopped someone from creating a GoFundMe in Chet’s name.

“Hi. Chet Hanks has informed my friend Lily that he has ‘bills to pay’ and needs $200,” reads the description. “I am not sure why he needs this money as his father is a rich celebrity named Tom Hanks that you may know from movies such as Forrest Gump. I am sincerely hoping we can raise $200 for Chet Hanks so he can pay his bills.”

Perhaps Chet is a little short of cash what with a million dollar lawsuit filed by his ex-girlfriend Kiana Parker hanging over his head.

Despite all this ridicule, and the pending lawsuit, here’s the thing. The thing that many people obviously don’t understand. Chet doesn’t care. We’re talking about a white guy who regularly uses a Jamaican accent despite absolutely zero personal ties to the land. He probably thinks this whole thing is hilarious while he kicks back in the lap of luxury, getting even more of that attention he so obviously craves, yet won’t actually do anything worthwhile to earn it.

He’s got it made, and he knows it. You almost have to respect it. Almost.