Chet Hanks Defends Using A Jamaican Accent Despite The Fact That, You Know, He’s Not Jamaican 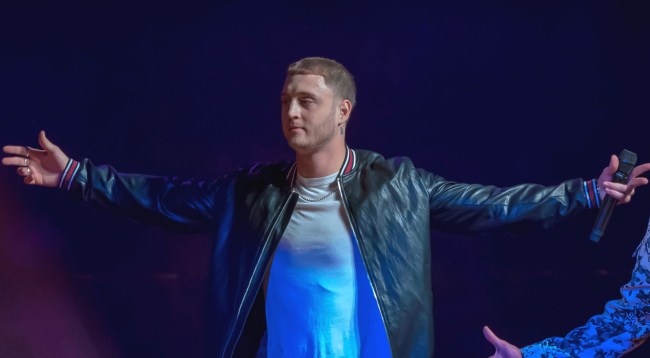 Chet Hanks, AKA Chet Hanx, AKA Chet Haze, AKA Tom Hanks and Rita Wilson’s son, is one of the more interesting people on the planet.

Not only is the 30-year-old aspiring rapper known for being the offspring of two very well known actors, he has a very colorful history in his own right.

Apparently, at least according to those who claim to have known him then, he was quite the rascal in college while attending Northwestern.

Then, five years ago, Chet admitted that he had been doing a lot of cocaine and was spending a little time in rehab.

More recently, Hanks made waves on the internet shooting his shot at the now single Adele after he saw her on social media wearing a Jamaican flag bikini top.

Which leads us to today’s story about Chet.

For you see, as was the case in his video for Adele, Hanks oftentimes likes to break out a faux Jamaican accent.

Why does a white guy from L.A. with two of the most white bread parents known to America feel like he should be speaking with a Jamaican accent? Good question.

During a discussion this week on social media app Clubhouse, Hanks addressed his penchant for speaking patois.

In his defense, Hanks says he talks with a Jamaican accent in the same way that someone who watched an English film and then starts saying stuff like “‘Eh, give me a latte, Govna,” in a Cockney accent.

“It’s not coming from a place of like, ‘Oh, I’m going to sh*t on these people,’” Hanks continued. “You know what I mean?”

Someone else in the conversation then pointed out that “English people were not oppressed” so it’s not quite the same thing.

Ay yo Chet Hanks done pissed off Jamaicans and ain’t even sorry about it 😭 pic.twitter.com/NqdNeEQ9mS

Turns out that there were very few people who watched the chat that were actually offended by Chet’s use of a Jamaican accent.

Not one actual Jamaican in this chat.

Jamaicans do not care. They love him for the most part. He shows love

This is my 1st time seeing what a #Clubhouse room looks like. pic.twitter.com/jpZ7vx2Y5V

Earlier this year, Hanks also defended his use of a Jamaican accent in a since-deleted video by saying, ““If a white person gets into hip hop and they start getting braids and gold teeth, some people call that appropriation.

“But if a Black person puts on a cowboy hat and gets into country music, there’s nothing wrong with that. Why would anybody have a problem with that?

“If you don’t have a problem with a Black person wearing cowboy hats and cowboys boots and loving country music, then why do you have a problem with white people wearing braids and gold teeth and getting into hip-hop music? It’s this whole idea of theft, of they steal it from us.

“Why can’t it just be that he loves Black culture and that’s just what speaks to him?”