Viral Clip Of Tom Hanks’ Son, Chet Haze, At The Golden Globes Leads People To Share Amazing Stories About Him In College 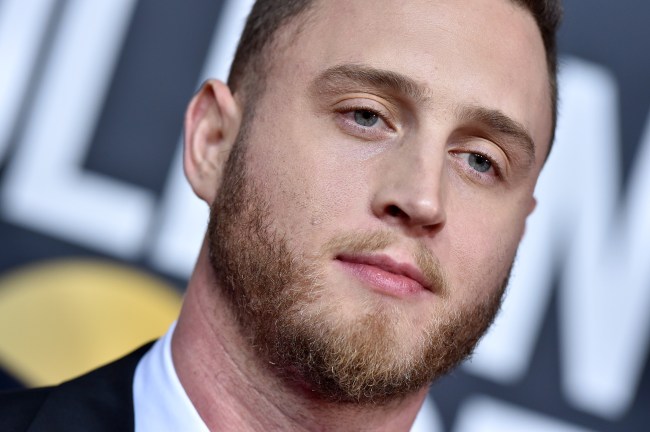 Imagine how awful it would be to wake up under the weight of being Tom Hanks’ son. The slightest deviation from perfection could decimate your self-worth. A prison of unattainable expectations can cause a man to swing the pendulum.

Does Tom getting this award mean CHET HAZE is in the building #GoldenGlobes pic.twitter.com/hXaI2eHpnF

That’s probably why Chester Hanks took on the alias Chet Haze and snorted more cocaine up his nose to stay Sleepless in Seattle.

Back in 2015, Chet told his fans via Instagram video:

“A couple months ago I was selling coke until I couldn’t even snort it up my nose anymore because it was so clogged. I even smoked crack. If I can change, you can change. There is a solution.”

Drugs led Mr. Haze to make some wild statements that landed him in hot water. He apologized for this boiling take, claiming the drugs skewed his perspective.

“If I saw the (N-word) I say it amongst people I love and who love me. If say “(expletive) yall hatin ass (N-words)” it’s because that’s really how I felt at the time. And I don’t accept society getting to decide what ANYBODY can or can’t say. That’s something we call FREE SPEECH.”

Today, Haze is reportedly clean and credits the birth of his daughter, Michaiah, for quitting drugs.

He made a rare public appearance at the Golden Globes in support of his father receiving the Cecil B. DeMille Award, and captured the hearts of America on the red carpet by speaking patois for some glorious reason.

The viral clip prompted some people on the internet to share insight into the life of the legendary Chet Haze.

did u know tom hanks son was a rapper who went by chet haze and his biggest hit was a remake to wiz khalifas "black and yellow" that was called "white and purple" for northwestern university. bc I did and I think about it constantly

i'll never forget the time chet haze fell asleep in the middle of a lecture at northwestern and snored so loud that the professor had to stop pic.twitter.com/ys03WxrH09

I see we’re sharing Chet Haze stories, NU fam, mine is I was studying abroad his first quarter so I didn’t know what he looked like until he aggressively tried to help me with my drunk crying friend outside of the Keg (RIP) and she screamed “get out of here Chet Hanks” at him

i went to college with him, he went by chet haze and was an actor/“rapper.” all the tacky lil theatre kids would cast him in their student plays hoping tom would come watch… https://t.co/KicwsBkRzq

My favorite chet haze at NU story was when he asked to borrow my friend's calculator during a math final and then afterwards also asked to borrow a pencil. Like what DID you bring to this exam????? pic.twitter.com/TAZlqbbjQa

Chet woke up the morning after the Golden Globes to find his patois clip went super viral. He decided to get a venti Pepto Bismol and deliver an encore.