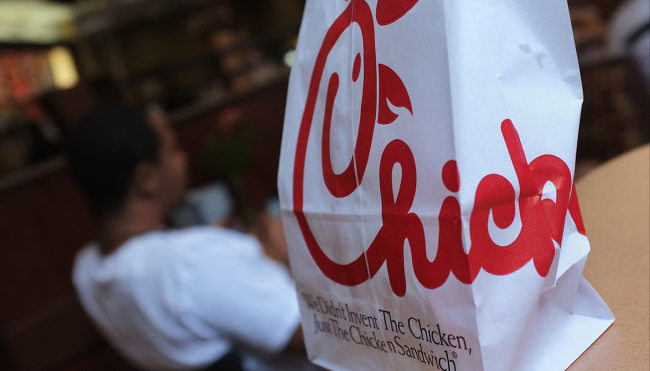 Over the past couple of days, people in the South have freaked out over a gas shortage they’ve largely brought upon themselves after learning nothing from The Great Toilet Paper Crisis of 2020. However, there’s another supply issue that’s been flying under the radar a bit that could truly plunge the region into chaos courtesy of Chick-fil-A.

Chick-fil-A has historically been a source of crushing disappointment for anyone who’s gone to grab a meal there on a Sunday. With that said, that’s a mistake any seasoned veteran is able to avoid making after driving home empty-handed on a couple of occasions.

Unfortunately, the newest issue facing the chain is out of anyone’s control. According to CNN, customers who traditionally pair their order with a few of the restaurant’s signature sauces are about to be in for a rude awakening, as the vast majority of its restaurants have instituted a limit of one pack per person.

The news of the newly-instituted rationing comes a little over a month after Heinz revealed it’s grappling with a shortage of ketchup packets due to the same supply chain issues Chick-fil-A currently faces. As if that wasn’t bad enough, the poultry industry is also having trouble keeping up with the demand for chicken, but as of right now, the items on the restaurant’s menu aren’t facing the same woes as the sauces that accompany them.

As much as I like to think consumers will respond to this development in a calm and rational manner, I wouldn’t be shocked if we’re in for a repeat of the Szechuan Sauce hysteria that saw Rick & Morty fans plunge McDonald’s locations around the country into chaos.

However, if you happen to have a giant jug of Polynesian Sauce laying around, you might want to cash in before things get back to normal.