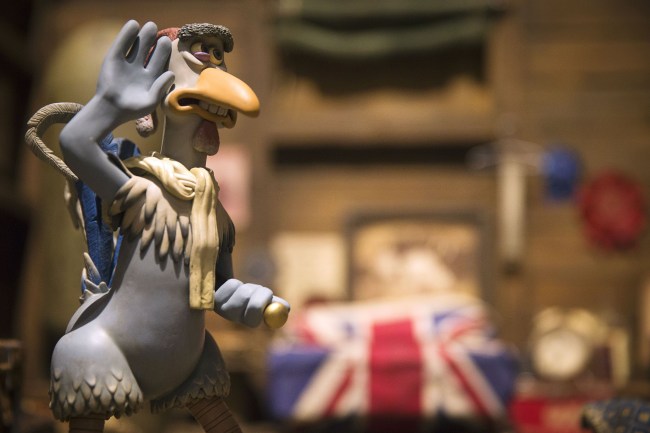 Here’s an interesting one: voiceover actor Julia Sawalha has been taken off the sequel to Chicken Run because she sounds too old now.

Chicken Run 2 announcement!
I have officially been plucked, stuffed & roasted.
If you are interested, do read what I have to say about it.#ageism @actforchangehqhttps://t.co/MqUCOLWuPZ

“The reason they gave is that my voice now sounds ‘too old’ and they want a younger actress to reprise the role,” said the 51-year-old, who was 30 at the time of the first movie. “Usually in these circumstances, an actress would be given the chance to do a voice test in order to determine the suitability of their pitch and tone, I however was not given this opportunity.”

Look, I know being a female actor is brutal—from all the #MeToo stories we’ve heard to the unequal pay versus their male costars, I admire women who make careers out of acting in spite of the deck being stacked against them.

That said, VOICEOVER actors are a totally different ballgame. We… can’t see you. No idea if your face looks 20 or 100. No need for botox, chin tucks, lip fillers, or spanx. Have a brownie sundae on set, take a few nights off from sleeping while you spoon your meth pipe. Puffy face? Bags under the eyes? Who cares! Nobody gives a shit as long as you sound the same as you did yesterday.

Does Julia Sawalha deserve a chance to audition for the reprisal of her role? Probably. Maybe. I don’t know; maybe they found someone who sounds more like a chicken this time around. After all, it has been 21 years since the first installment. TWENTY-ONE YEARS. There may be a damn army of chicken impersonators out there. Times change, Julia. Don’t be sad that it’s over, be happy that it happened or something.

21 years ago, my voice sounded like a pit bull chew toy on its last legs. I’m fairly sure that 21 years from now, my voice won’t sound the way it does today—much more regret probably, some fatigue, a general sense of disappointment… that’s my vocal forecast for 2041. We’ll see. The point is, if I played some claymation bird in a movie tomorrow, and they did a sequel in 21 years and replaced me, I’d be bummed but I think I’d understand.

Or maybe I’d sneak in to the studio and rage pound all the clay sets and characters into one flat pancake tapestry. With a big cushioned mallet ripped from a whack-a-mole game. Replace me? REPLACE ME?!?!? I’ll show them. I’ll show them all.