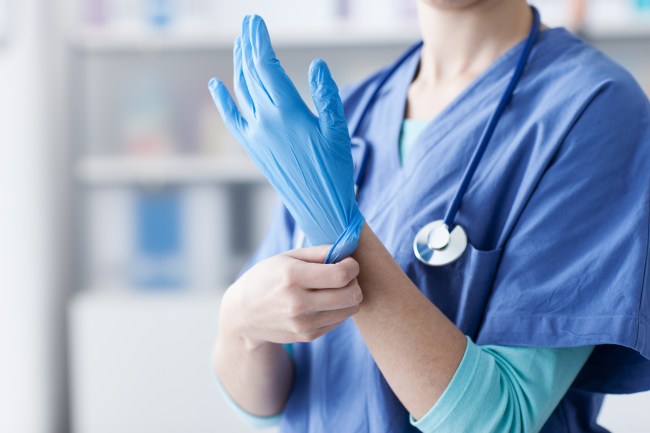 The Shijiazhuang Internet Report Centre said the footage—which was reportedly filmed on 28 January in Shijiazhuang, the capital of Hebei Province in northern China—had been doctored to spread ‘rumor‘ before being posted to Weibo (Chinese Twitter).

The video was viewed millions of times before being taken down.

China announced it would be testing anally on select groups, mainly high-risk cases and people in quarantine. Medical professionals insert a saline-soaked cotton swab about 1-2 inches long into the anus and rotate several times to obtain a sample that is said to be more accurate than nasal or throat testing.

It has yet to be reported whether the administering medical professional must buy the patient dinner and a movie after insertion.

Here is the demo pic.twitter.com/TcSrKUoMMO

According to Li Tongzeng, a doctor from the Beijing You’an Hospital, tests via one’s balloon knot, while invasive, is the most accurate test going.

“We found that some asymptomatic patients tend to recover quickly. It’s possible that there will be no trace of the virus in their throat after three to five days.

I’m not above a good prostate milking, but I’d prefer to do it on my own terms in the shower while my wife is away on business. When we start to introduce a guy in a lab coat, that’s where I draw the line.