China Is Building The World’s Largest Indoor Ski Resort, With Over 1 Million Square Feet Of Fresh Pow To Shred On 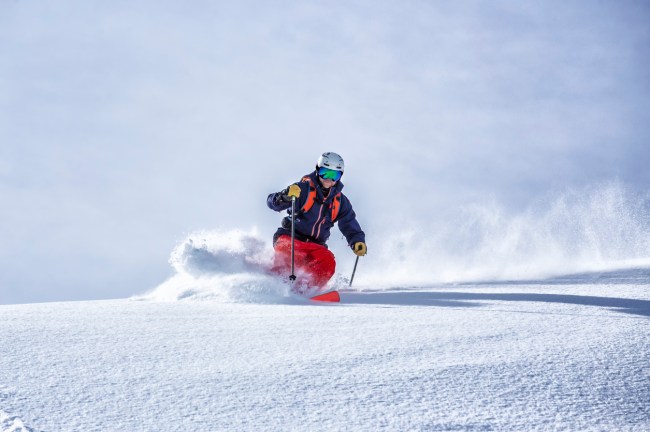 Majid Al Futtaim has experience with vast indoor ski establishments, as it is the company behind Ski Dubai–the Middle East’s first indoor ski resort with 22,500 square meters of indoor ski area attached to the Mall of the Emirates. At the World Ski Awards in 2017, Ski Dubai was voted the “World’s Best Indoor Ski Resort.”

The company claims the ski resort in Shanghai, dubbed Wintastar Shanghai, will be nearly 1 million square feet of fresh pow, nearly three times the size of the Ski Dubai facility. The Shanghai complex will reportedly feature three ski slopes, each with a different gradient, one being “Olympic standard for training,” CNN reports.

#Wintastar Shanghai, our first expansion into #China, will be the world's largest indoor ski and snow entertainment facility! It will provide the people of China year-round access to the largest indoor Olympic-grade winter sports facility. #GreatMomentshttps://t.co/uM4iXK3aar pic.twitter.com/PX3b4w3b3H

With Beijing hosting the upcoming Winter Olympics in 2022, the Chinese government seeks to encourage its citizens to take up skiing. A 2017 report from CNN found that only 12.1 million Chinese citizens have tried skiing at least once, which makes up than 1 percent of the 1.38 billion population. The government aims to have 300 million Chinese people involved in some form of winter sports by 2025, in turn creating an industry worth $160 billion.

In the 2018 Winter Olympics in PyeongChang, South Korea, China ranked 16th on the medal count, securing just one Gold medal and nine total medals. For perspective, Norway won the most medals, 39, 14 of which were Gold.

The Wintastar Shanghai is underway, having broken ground on August 30.