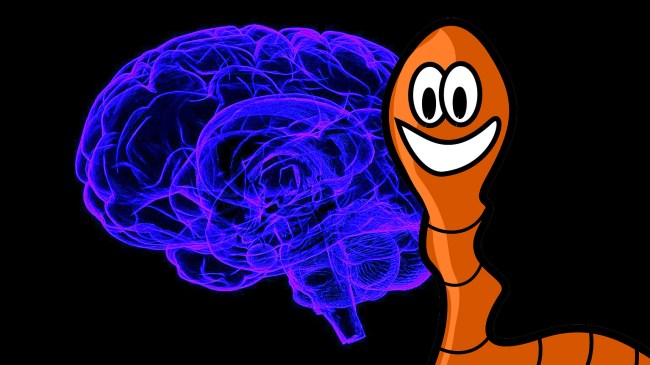 Seriously, when this year is over can we just erase it from the history books? You know, just pretend it never happened? 2020 started out with so much promise too. Mostly just because it wasn’t 2019, but we know how that’s worked out so far.

Even worse, the worm had apparently been living in this 23-year-old Chinese guy’s brain for the past 17 years!

According to Pear Video (as translated by Google)…

Recently, in Nanchang, Jiangxi, a 23-year-old man took out 12 cm of live parasites from his brain. According to the doctor, the man had numbness in his hands and feet at the age of 6 and occasionally dizziness and vomiting. The symptoms have worsened in recent years before he went to see a doctor. The patient was diagnosed with intracranial sparganosis mansoni infection. The doctor reminded that snakes and frogs are animals with many parasites and should be avoided raw.

It was only when, according to The Daily Mail, the man began losing sensation in the right half of his upper body that he decided that, hey, he might want to take a trip to the hospital.

“Half of my upper body was completely numb,” the man named Chen said to Pear Video. “I couldn’t feel my hand and couldn’t lift it.”

Chen told Jiangsu Television that he just assumed that the problems he was having were genetic because his parents have always had difficulty moving their limbs.

As if that wasn’t bad enough, it somehow gets worse.

A medic said while discussing Chen’s case, “Once the worm enters the human’s body, it would cause severe infection. The parasite would ‘eat’ the brain and damage its function, which causes numbness in hands and feet or affect one’s intellect.”

Yikes… wait, it gets even worse than that? Yes, it does.

Doctors at the First Affiliated Hospital of Wuchang University first diagnosed Chen having this worm in his brain five years ago!

When Mr Chen was first diagnosed at the age of 18, the surgeons had decided to delay the removal surgery because the location of the parasite was not suitable for operation.

He had been receiving conservative management until recently when he was scheduled to undergo the procedure on August 25.

The man is slowly recovering after doctors successfully removed the live worm which measured about 12 centimetres (five inches).

Not only did this guy have a 5-inch worm living in his brain for around 17 years, he’s KNOWN it was in there for the past five? Talk about your stressful situations.

So, if you really think about it, this twisted tale actually has a happy ending.