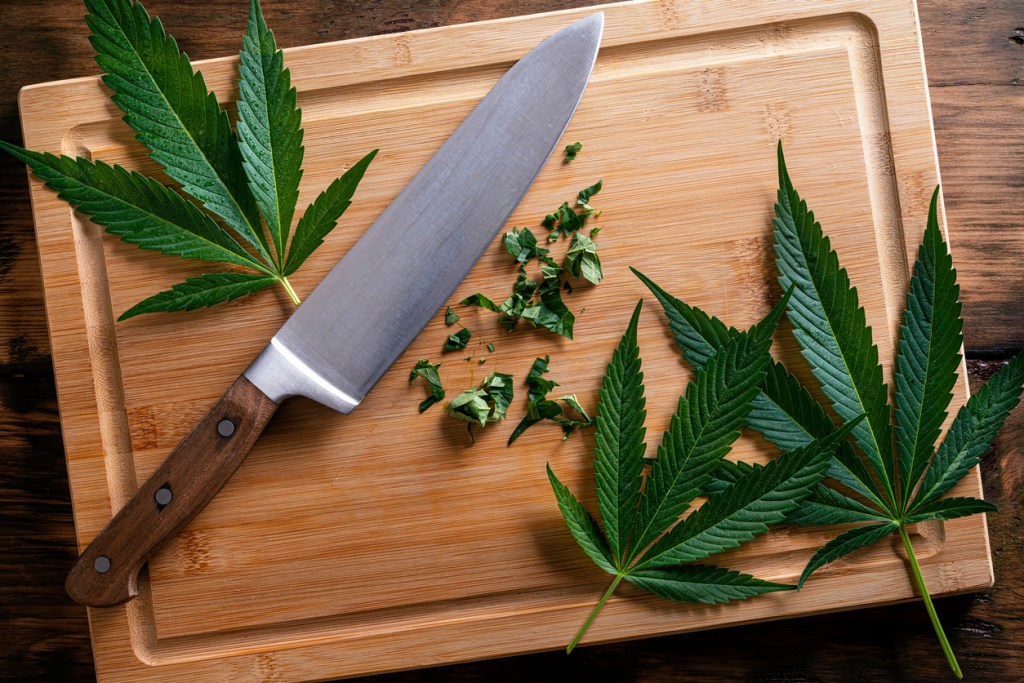 I’ve dabbled in the cannabis-infused culinary arts on a handful of occasions and it often feels like you’re an explorer doing something for the first time because there really is such a limited amount of guidance out there for top-level weed cooking. Soon, we’ll be able to look to Chopped for guidance because it’s being reported the Food Network has a ‘Chopped 420’ cooking competition spinoff TV series in the works.

The format of Chopped 420 will follow that of Chopped. There will be four chefs, three judges, and a comedic host. Over the years, Chopped has included some outrageous ingredients in baskets including things like Rocky Mountain Oysters (balls), Pickled Pig’s Lips, Stinging Nettles, and Dried Fermented Scallops but this new show will use baskets where ingredients are cannabis-based, according to Deadline.

The host will be comedian Ron Funches, and judges include chefs Esther Choi, Luke Reyes and Sam Talbot; drag performer and cannabis activist Laganja Estranja, and comedian Tacarra Williams. The show will start streaming on discovery+ on April 20, the annual holiday by those who indulge in celebrating the best time of day to fire one up.

The new series will mark the “first time in Chopped history” that chefs will “utilize cannabis to enhance their dishes,” says Food Network president Courtney White. “Viewers are in for a wild ride.”

Just like in Chopped, contestants will be cooking for $10,000 in every episode. It’s also interesting that the network is pushing ahead with this concept while cannabis is still illegal at the federal level. Traditionally, Chopped films in NYC and with the state of New York announcing last week that a plan had been finalized to legalize marijuana statewide it stands to reason that they’d be able to legally film this show in New York City as well.

There are millions of regular cookbooks in the world but if you’re looking for specific weed-based recipes then things can get complicated. The simplest methods are to cook your cannabis into infused butter and oil beforehand and use those in your recipes but cooking’s all about temperature and things aren’t so simple once you start changing your essential ingredients.

It appears as if Chopped 420 will launch on 4/20, the officially unofficial stoner holiday, and it will begin with streaming on the network’s Paramount+ streaming platform. I took a look at what people are saying on Twitter and it seems like folks have been cracking jokes about a ‘Chopped 420’ for years but nobody ever expected it to become a reality until now which is a pretty cool sign of how far we’ve come in the world.

For anyone out there looking for a great recipe for weed brownies that won’t come out so strong they take you down for 48 hours, here’s my weed brownies recipe from a few years ago. There’s also this roundup of 4/20-friendly recipes I published last year that you can check out.

Interestingly, there’s a YouTube channel titled ‘Chopped420’ which is full of bong and weed strain reviews so it appears as if someone’s been onto this name for years. I hope there isn’t a war brewing between that show and the YouTube channel.