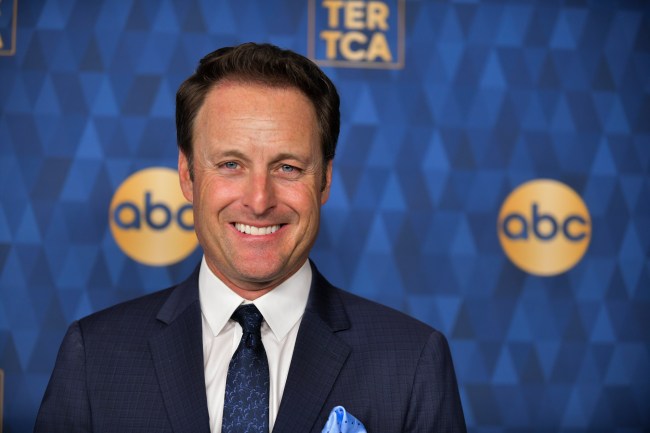 Yesterday it was reported that after nearly two decades hosting The Bachelor franchise, Chris Harrison was relieved from his duties with the help of a cushy “mid-range eight-figure payoff and promise to keep his mouth shut.”

Page Six is now reporting the 49-year-old possessed a mountain of behind-the-scenes dirty during his 19-year run with franchise.

“He knows a lot about inappropriate behavior on set: fights between contestants, misbehavior including use of illegal substances while overseas and complaints from producers that were allegedly brushed under the carpet by ABC execs,” the first source said.

“He was ready to tell the truth about how things really work over there — and he has plenty of evidence to back him up. Chris was making $5 million a season and wanted $25 million to go,” the source said.

The publication is also reporting that there is “bad blood” between Harrison and Good Morning America host Michael Strahan after Harrison told Strahan he is an “imperfect man” who is “committed to progress” in a nationally-televised apology segment.

Strahan claimed that Harrison’s apology was “nothing more than a surface response on any of this. Obviously he’s a man who wants to clearly stay on the show, but only time will tell if there’s any meaning behind his words.”

“But in the end, it was Chris Harrison who made the decision to go on ‘GMA,’ and he should not have expected an easy ride just because ‘GMA’ is also an ABC show,” the network source said.

Harrison’s departure comes in the wake of him going to great lengths to defend former contestant Rachael Kirkconnell after photos emerged on social media of her attending a slave plantation-themed fraternity formal in 2018.

A mid-8 figure payout should help his transition into unemployment.