Chris Hemsworth Is Getting Trolled On Instagram For ‘Skipping Leg Day’ 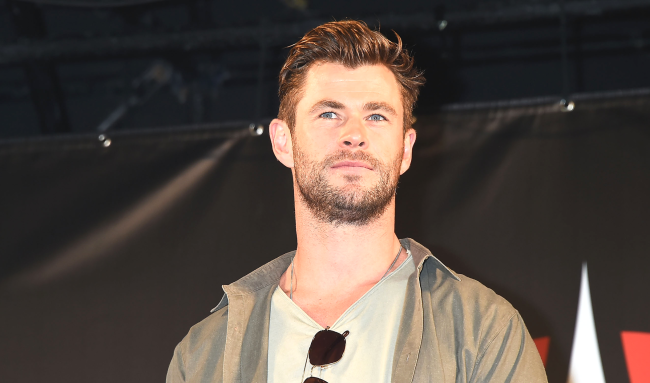 Chris Hemsworth, Thor, the Asgardian God of Thunder, is getting trolled by people on Instagram for “skipping leg day.” Seriously, this is a thing that is happening on the internet.

The guy’s workout regimen is the type of thing that people on the internet film themselves trying to complete without dying.

And people are mocking him for his legs. What a world.

Here is the photo that Hemsworth posted on Instagram that got the trolling ball rolling.

Related: Chris Hemsworth Calls Out Own Son For Not Wanting To Be Thor When He Grows Up

There are literally dozens of comments on that photo saying things like “Thor has been skipping the leg day” and “Should really be training legs too bro.”

Heck, Chris’ own brother, Westworld star Luke Hemsworth, even got in on it, commenting, “Bro?! You’ve been skipping leg days again?!”

Perhaps even worse, Luke then dragged Chris’ personal trainer Luke Zocchi into the mix asking whether the legs in the photos were his brother’s or his trainer’s?

While he hasn’t responded publicly to the ribbing, word on the street is that Chris is very upset by all the trolling.

Just kidding! He could probably give two shits. Look at his freaking life.

Related: Chris Hemsworth Is Pissing Off His Neighbors By Building A House The Size Of A Super Walmart

Speaking about his wife Elsa Pataky at the premiere of Thor: Ragnarok, Chris said that she is probably in even better shape than him.

“She can wear you out in the gym, is that true?” asked ET’s Kevin Frazier.

“Yeah, she has a greater cardio skill set, endurance than I’ll ever have, and it’s a little embarrassing at times,” he said. “We have the same trainer, a mate of mine from school that we grew up with, and he very often says, ‘You know what, your wife is much fitter than you are,’ so I’m well aware of it.”