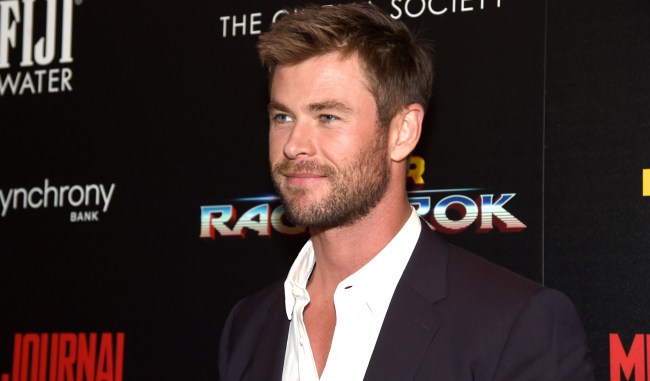 Chris Hemsworth is one of those actors who is really into fitness.

It’s why he’s been tapped to play people like Thor the God of Thunder and Lightning as well as professional wrestling legend Hulk Hogan in movies.

Of course, it’s basically his job to be in magnificent shape, but that doesn’t mean regular folks can’t try to duplicate Hemsworth’s diet and fitness plan… for 24 hours.

Fitness YouTuber Jesse James West, whose job is also to be in great shape, is one of those guys who you see on the internet who is always trying out someone famous’ diet and/or workout regimens.

Which is great, because, well, then we don’t have to attempt what is often the impossible… like Chris Hemsworth’s diet and workout plan, which includes two workouts as well as several meals and a snack.

• Meal 1: raisins, one cup of oatmeal, a banana, four egg whites with one egg, one cup of fat-free milk, orange juice, and a protein shake

• A walk to grab a cup of coffee

All in all, West seemed pretty happy, even saying at one point, “The superheroes get it right. I’m an Avenger!”

He certainly fared better than YouTuber Aseel Soueid who attempted to eat Mark Wahlberg’s over 4,100 calorie diet for a day.

“I feel good,” West said when he was done for the day. “I’m very tired because of all the training today. The surfing kicked my ass.”