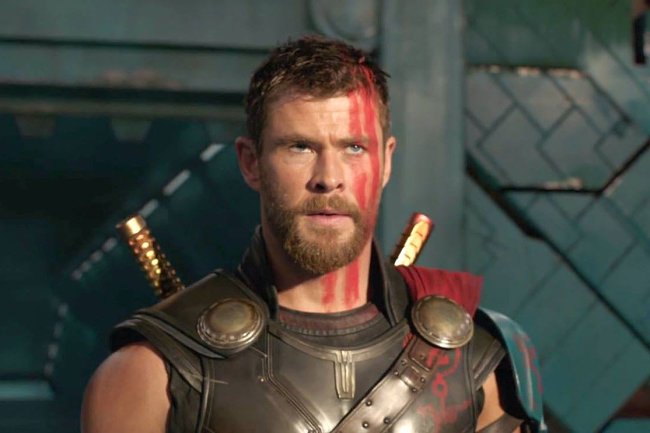 Of all the perks of playing an iconic superhero in live-action, having your kids look up to you as a superhero — more than they already do — has to be one of the sweetest of them all. Just ask Ben Affleck, who routinely states that one of the main reasons he took on the cape and cowl of the Dark Knight was for his young son. He even tells a story on late-night TV about wearing the costume to one of his birthday parties. In an industry oft-criticized for its hollowness, the dynamic between a superhero actor father and his son remains a genuine, if small, feature.

Unfortunately for Chris Hemsworth — who, of course, has famously played Thor the God of Thunder for a decade now — that does not appear to be the case with his young son, who told his apparently-skipping-leg-day father that he wants to be the Superman, a.k.a. the Man of Steel, when he grows up.

“Holding my little man’s hand and asking him the age old question. ‘What do you want to be when you grow up?’… ‘Dad, I wanna be Superman.’ Lucky I have two other kids,” Hemsworth hilariously wrote on Instagram.

Not only is Hemsworth one of the original Avengers, but he’s also now the longest-tenured following the death of Tony Stark and Natasha Romanoff in Avengers: Endgame, and whatever may have happened to Steve Rogers, as the MCU appears to be avoiding using the word “dead” when it comes to the former Captain America at all costs. Hemsworth’s Thor is also a history-making Avengers, as next year’s Thor: Love and Thunder will mark the first time that a Marvel Cinematic Universe character stars in a fourth solo film (both Iron Man and Captain America had three solo movies).

At this time, Thor: Love and Thunder is set to hit theaters in the United States on May 6, 2022.