Chris Rock Apology Was Fake, Comedian Not Interested In Public Truce With Will Smith: Report 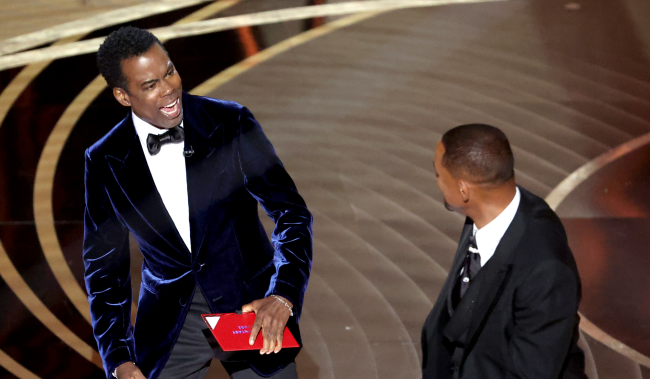 On Monday, Will Smith issued an apology to Chris Rock, the Academy, the Williams family and his King Richard family.

Smith wrote that his behavior at the Oscars was “unacceptable and inexcusable” and that he was “embarrassed” by his actions.

Similarly, Chris Rock issued a statement on social media which read, “As a comedian it can be difficult to understand which lines are to be crossed and which ones aren’t. Last night I crossed a line that I shouldn’t have and paid the enormous price of my reputation as a renown comedian. Comedy is never about poking fun at or making lite of people with major ordeals happening in their lives.

“With that said, I sincerely apologize to my friends Jada Pinkett-Smith, Will Smith, and the rest of the Smith family for the disrespect and disregard I displayed which was unfortunately broadcast for the world to see.”

Thank you for correcting this @radar_online.

It was my honor and DUTY to issue my own apology.

I felt horrible about posting something that wasn’t real.

Righting a wrong no matter how small is important. So is owning any mess or misunderstandings you cause. pic.twitter.com/nlO8cFT44p

It turns out that not only did Chris Rock not apologize publicly to Will Smith and his wife Jada, RadarOnline.com reports that the comedian isn’t interested in any kind of a public truce with the Hancock star.

“Will and his people know the best way to end this is to set up a meeting between Smith and Rock from which a picture is leaked to the press. The PR theory is that if Chris can forgive Will, then we the public can too,” a source told Radar.

“However, the big problem with the plan is getting Chris on board. Why would Chris do this? What is in it for him? It’s obvious what Will would gain from the meeting but how would such an event help Chris?”

Another source close to Rock told Radar, “Chris is a good guy and wouldn’t too anything to hurt Will, but at the same time, I’m not sure he will do anything to help. Let’s be clear, Will is responsible for what happened, it is up to Will to fix it, not Chris.”

For what it’s worth, Jada Pinkett Smith appears to be doing fine after all of that, based on her first social media post since The Slap.