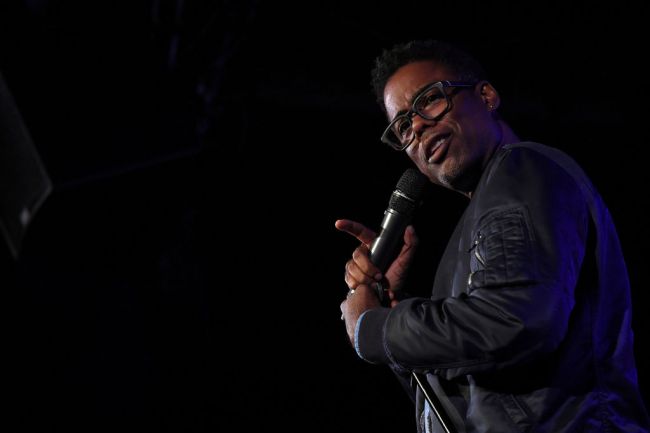 Chris Rock is the latest celebrity to voice his objections against the practice of cancel culture. In a recent interview, the legendary stand-up comedian rails against cancel culture, stating that it is “disrespecting the audience” that enjoys the arts and comedy.

Rock explains that comedians already have their own version of cancel culture – it’s called not getting laughs.

“When the audience doesn’t laugh we get the message. Like, you don’t really have to cancel us, ’cause we get the message,” Rock said during an interview on The Breakfast Club this week. “They’re not laughing, our feelings hurt. When we do something and people aren’t laughing we get it.”

“I don’t understand why people feel the need to go beyond that, you know what I mean? Honestly, to me it’s a disrespect, it’s people disrespecting the audience, like, ‘Oh, you think you know more than the audience?'”

RELATED: People Are Calling For Gen X To Save America From Cancel Culture – But Generation X Doesn’t Care

“Hey, some things don’t need to be said. Some people need to be looked out for, I definitely understand that,” the comedian continued. “But not letting comedians work is, you know, what happens is everybody gets safe. And when everybody gets safe and nobody tries anything, things get boring.”

“You know, that’s not a place to be. We should have the right to fail. Because failure is a part of art,” he added. “You know what I mean? It’s the ultimate cancel, but now you got a place where people are scared to talk, that’s not — especially in America — you’re scared to talk, but that’s what people want, you gotta make adjustments and, you know, let’s do it.”

Chris Rock previously railed against political correctness. In a 2014 Vulture interview, Rock also slammed cancel culture and censorship. At the time, he announced that he no longer wants to perform stand-up comedy on college campuses because young people can’t take a joke and are offended by everything.

“I stopped playing colleges, and the reason is because they’re way too conservative,” Rock said. “Not in their political views — not like they’re voting Republican — but in their social views and their willingness not to offend anybody.”

Rock said he started to notice the PC police in young people around 2006. That’s when he said the outrage crowd made doing stand-up “not as much fun as it used to be.”

“Kids raised on a culture of ‘We’re not going to keep score in the game because we don’t want anybody to lose,'” Rock said.

Rock admitted that cancel culture forces him to self-censor his comedy to not outrage people.