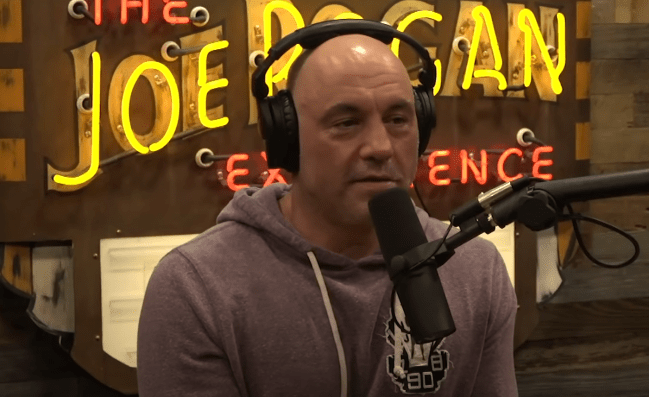 Joe Rogan continues to be a lightning rod for outrage. CNN talk show host Don Lemon jumped on the latest alleged controversy involving Rogan’s comments where he suggested that “straight white men” could be canceled if the woke mob is allowed to continue “further and further down the line.”

During a recent episode of The Joe Rogan Experience, the massively popular podcast host warned that if the outrage crowd is allowed to flourish they will try to silence straight white men.

“You can never be woke enough, that’s the problem. It keeps going. It keeps going further and further and further down the line,” Rogan proclaimed in the May 13 episode of JRE. “And if you get to the point where you capitulate, where you agree to all of these demands, it will eventually get to ‘straight white men are not allowed to talk.’ Because it’s your privilege to express yourself when other people of color have been silenced throughout history. It will be, ‘You’re not allowed to go outside because so many people were imprisoned for so many years.’ I’m not joking. It really will get there.”

Joe Rogan: You can never be woke enough — that’s the problem…it’ll eventually get to ‘straight white men are not allowed to talk’. pic.twitter.com/LKBaE1nKdb

Rogan’s statement of what could possibly happen in the future outraged many, including Don Lemon.

“There is an important debate right now about cancel culture and wokeness, questions about what either term even means and what happens if it goes too far. There are legitimate questions about that,” Lemon said during his talk show. “But acknowledging the oppression, discrimination or differences of others does not silence anyone else.”

“No matter what he has said, he has not been silenced. He has a huge megaphone with millions of loyal listeners, all of whom every single day say whatever they want,” the CNN talking head said. “Joe Rogan is part of the conversation. There’s a lot I can go on about, especially about straight white men. You’re aggrieved now? OK. No one is stopping Joe Rogan or any other straight white man from expressing themselves, period.”

How The Internet Reacted To The Controversy

There were dozens of online commenters who agreed with Lemon’s stance, some of which called for Rogan to be canceled by Spotify…which actually helps make Rogan’s point.

There were also many who defended Rogan’s comments, and pointed out that Lemon was purposely conflating Rogan’s Spotify podcast with what he actually said.

“Joe wasn’t talking about himself dummies,” talented comedian Tim Dillon responded. “He was probably referring to people like James Damore and many other (white and non white people) who were fired for expressing a pretty mainstream opinion that had fallen out of fashion 5 minutes before they said it.”

“Cancel culture enables employers to terminate people based on options they have that have NOTHING TO DO WITH THEIR JOB,” Dillon added. “Also most of these opinions are pretty milquetoast.”

Cancel culture enables employers to terminate people based on options they have that have NOTHING TO DO WITH THEIR JOB. Also most of these opinions are pretty milquetoast.

This isn’t the first tussle between Lemon and a comedian. Last year, Dave Chappelle used his 8:46 special to call out Lemon.

Chappelle slammed Lemon for demanding that celebrities fight for social justice. The comedian lashed out, “I’m watching Don Lemon, he says, ‘Where are these celebrities?’ Has anyone listened to me do comedy, has anyone not listened to me say these things before?”