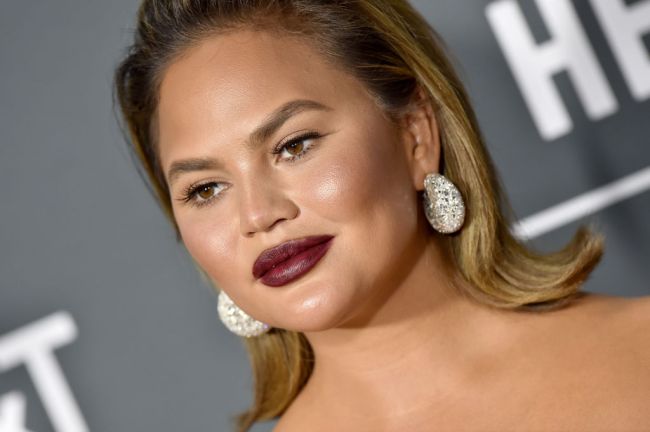 Comedian Andrew Schulz discussed the latest Chrissy Teigen controversy, and highlighted the model’s hypocrisy of being “woke” and “progressive” while also telling a 16-year-old to kill herself.

Teigen told a 16-year-old Courtney Stodden to kill herself in 2011, which made headlines earlier this month and caused some retailers to stop selling Teigen’s cookware after it was revealed the swimsuit model was also a cyberbully.

Standup comedians Andrew Schulz and Akaash Singh broke down the situation on a recent episode of the Flagrant 2 podcast, where they pointed out that people wouldn’t have wanted Teigen canceled as bad if she wasn’t so righteous on social media.

“Chrissy is DMing her ‘kill herself’ because she doesn’t like the fact that she is a gold digger, and making money off her body,” Schulz said.

“But for her to come out and just kind of s*** all over this girl in that way is crazy, because she is so woke and progressive on Twitter,” Schulz added. “And I think that is why people are jumping down her throat. Because they are like, ‘Yo, you can’t be out here saying that Trump is mean to women and then you out here bullying this girl more than Trump ever did.'”

“Now if she was never so virtuous on Twitter, I don’t think anyone gives a f***,” he said.

“Once you are virtuous on Twitter and you draw a line in the sand,” Schulz continued. “That’s the thing with righteousness, your righteousness sometimes makes others feel like s***. And if you make me feel like s***, I can’t wait for your downfall.”

“I think people are enjoying seeing Chrissy Teigen get canceled because it seems like something she’d be okay with it if it happened to other people,” Akaash Singh said.

“You know what I would call messaging a 16-year-old to kill herself? Deplorable,” Singh added. “I would say that’s deplorable behavior.”

The Flagrant 2 boys brought up another ugly situation with Teigen, who said some disgusting comments to Farrah Abraham.

“Farrah Abraham now thinks she is pregnant from her sex tape,” Teigen told the Teen Mom star in 2013. “In other news you’re a w**** and everyone hates you whoops not other news sorry.”