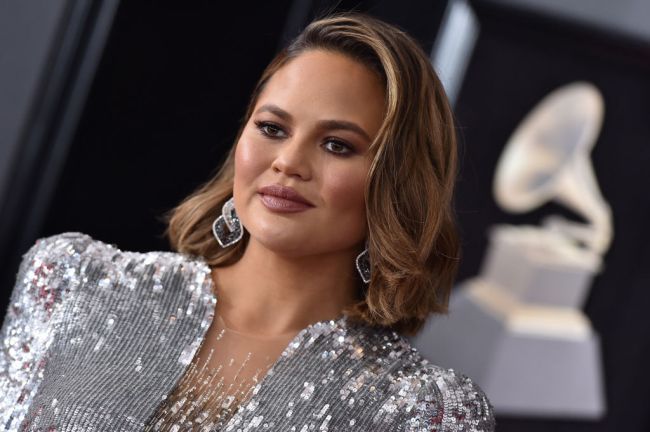 Y’all have seen Squid Game by now, right? I sure hope so. Even my Grandma has seen it at this point. In my half-a-decade of covering pop culture, it’s one of the most remarkable success stories I’ve ever seen, as it went from being unheard of to becoming the world’s biggest series.

And you know what everyone who has seen Squid Game is aware of? That it’s a scathing criticism and indictment of capitalism. Everyone except Chrissy Teigen, apparently, who decided it was a good idea to host a Squid Game-themed party with all of her rich friends.

Naturally, the internet has been shredding Teigen for her stunning levels of tone-deafness, as throwing a Squid Game party with her rich friends is pretty much EXACTLY what Squid Game was critiquing in the first place. Then again, if memory serves me correctly, this is the same woman who attempted to walk away from Twitter due to its toxicity, only to later be exposed for bullying someone on Twitter.

RELATED: The ‘Squid Game’ Script Was Rejected For A Decade For Being ‘Too Grotesque And Unrealistic’

Who do you think missed the point more: Kylie Jenner and her Handmaid's Tale party or Chrissy Teigen with her Squid Game party? pic.twitter.com/BUJVLXFGsZ

chrissy teigen is probably the dumbest bitch alive this is the most tone def shit i’ve ever seen in my life💀 pic.twitter.com/6kvuF4aPDY

Yknow what, I’m tired of being self aware and trying to live a judgment free life. I wish to be as ignorant as Chrissy Teigen hosting a Squid Game party with her rich LA friends.

Chrissy Teigen does anything. Anything at all.

Chrissy Teigen having a squid games party is one of the most predictable things this year had to offer https://t.co/8itP9AP92R

The first season of Squid Game is currently streaming on Netflix, with a second season already being confirmed by its creator. If you decide to check it out, at least attempt to comprehend its message.