Courtney Stodden Calls Out Chrissy Teigen For Cyberbullying, Telling Her To Kill Herself 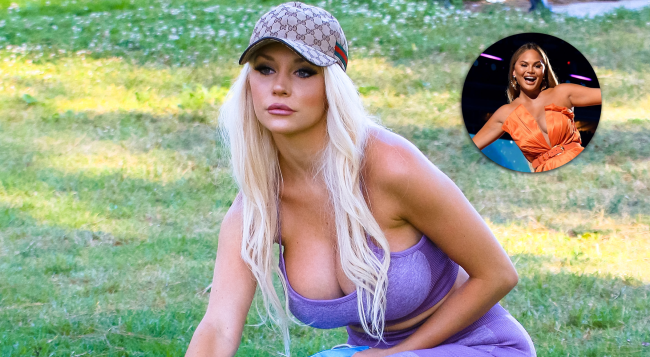 Reality TV star Courtney Stodden, who rose to fame when at the age of just 16 she married 51-year-old actor Doug Hutchison in 2011.

Now, 10 years later, Stodden takes a look back at the past decade and in doing so claims former swimsuit model Chrissy Teigen cyberbullied her on Twitter, sending her mean direct messages and saying things like she should kill herself.

Speaking with The Daily Beast, Stodden addressed the remarks she made to TMZ back in March when Teigen quit Twitter because she felt she was being bullied online.

“She wouldn’t just publicly tweet about wanting me to take ‘a dirt nap’ but would privately DM me and tell me to kill myself,” Stodden told The Daily Beast. “Things like, ‘I can’t wait for you to die.’ And not only her, but Joy Behar had a field day with calling me a ‘slut.’ Courtney Love told me I was a ‘whore.’

“People came out of the woodwork to beat up on a kid because she was in a situation that she shouldn’t have been in. There were a lot of celebrities acting like playground bullies. Some of the worst treatment I got was from women, and we’re not going to get anywhere if we keep holding each other back.”

Any tweets Teigen made to Stodden have since been deleted because of her temporarily closing her account. However, a few screenshots still exist because, internet. 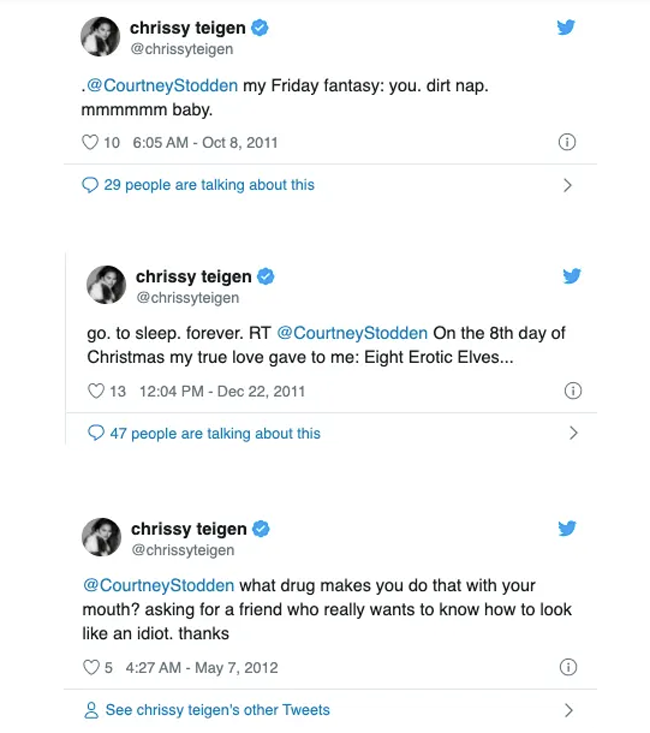 Stodden, now 26, also revealed that her divorce from Hutchison, which began proceedings in 2018, was only finalized in March of 2020.

“It was hard getting away, but I got away,” said Stodden.

She also discussed how she was taken advantage of by the media when she was still a minor, including this skit for Funny or Die when she was only 17-years-old.

As well as the time she appeared on Dr. Drew’s show so they could prove that her breasts were real when she was just 16.

Stodden’s interview has led to much criticism online of Teigen, who only just returned to the social media platform less than a month ago.

chrissy teigen tried to bully a 16yo abuse victim into suicide? this is so much more than “oh she’s annoying on twitter” she’s a fucking monster https://t.co/g924QamHCI pic.twitter.com/6MmY9tHzvJ