Christopher Nolan Is All Over This List Of The Most Confusing Movies Of All Time: Study 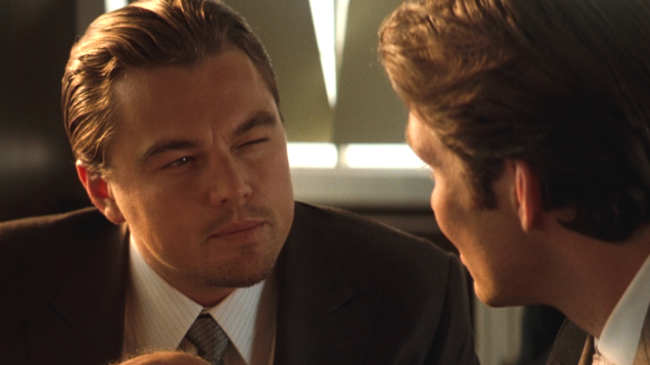 Seeing as how many of us are only just now getting around to watching Tenet since it hit theaters right smack dab in the middle of a pandemic and just reappeared on HBO Max this month, this seems like the perfect time to discuss the most confusing movies of all time.

This is where a new study conducted and published this month by the broadband experts over at money.co.uk comes into play. In the study, they analyzed dozens of films to determine which movies appear to have the most confusing plots.

To begin with, we studied a number of lists from online publications to create a list of 132 films generally considered not to be the easiest to follow. We then analysed the Google search volume for each film followed by the terms “ending”, “explained” and “ending explained” to see which were the ones that viewers most often needed to turn to Google for some extra explanation.

Naturally then, the most confusing movie of all time is one where the two of them join forces. Therefore, that film would be, drumroll please, Inception. 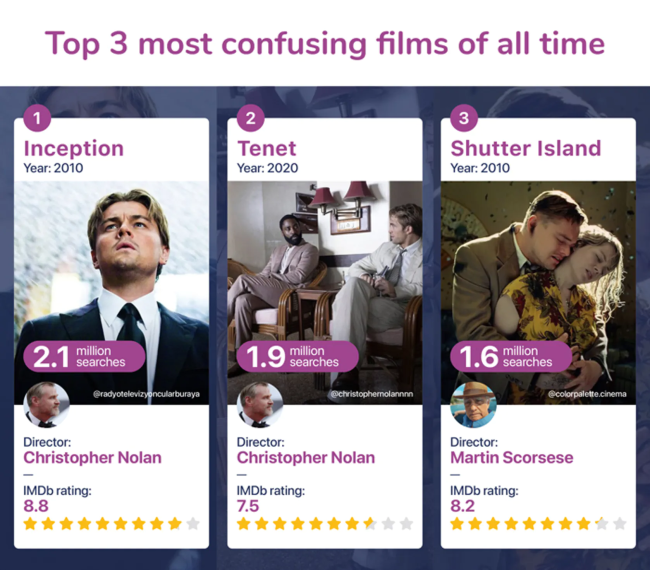 Sure, an argument could be made that Tenet and/or Shutter Island are more confusing than Inception, but really, that’s just nitpicking because all three of those movies are tough to fully understand in just one watch.

Proving he is no fluke when it comes to confusing audiences, Nolan also grabs the seventh spot with Interstellar, 13th with The Prestige, and 18th with Memento.

The only other directors to have more than one entry in the top 25 most confusing movies of all time are Stanley Kubrick with The Shining (4) and 2001: A Space Odyssey (17), and Denis Villeneueve with Arrival (10) and Enemy (21).

Interestingly, despite confusing movie audiences the world over, the study found that all of the films combined for an average rating of 7.2 on IMDb. 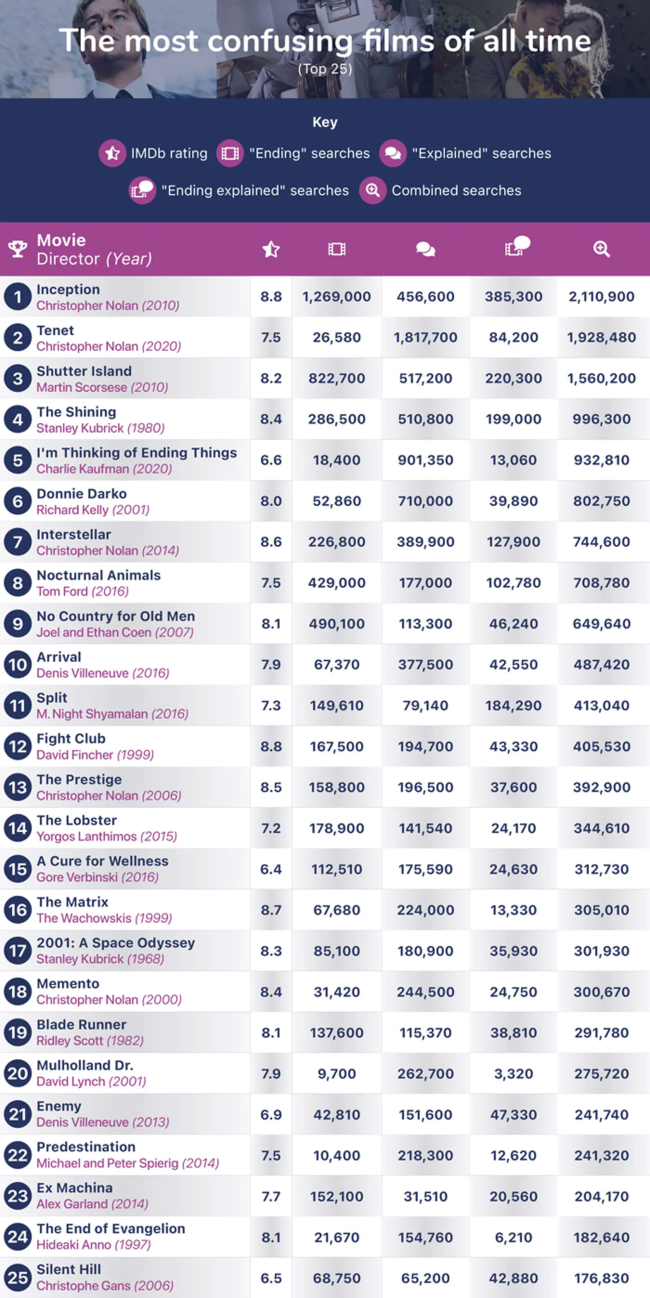 Considering the fact that DiCaprio’s top two entries on this list, Inception and Shutter Island, hit theaters just four months apart in 2010 one might think that was the most confusing year for film in recent memory.

One would be correct.

The only year that really comes close is 2020 when Tenet and I’m Thinking of Ending Things were released. 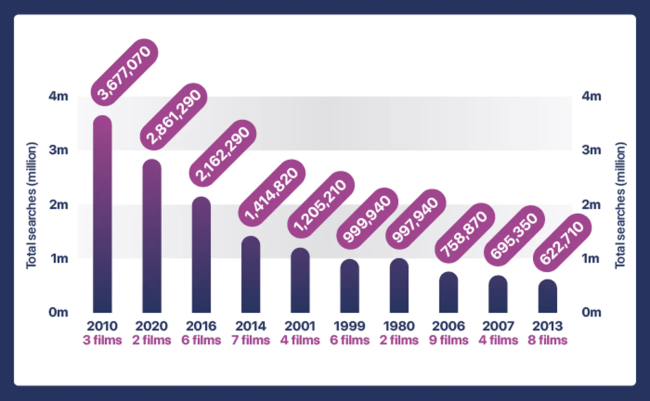 As you can see, 2006 was a rough year for movie-goers with nine confusing films making their way to theaters, including The Prestige, Silent Hill and Déjà Vu.

View the full results of the study here.