Why Did The CIA Remove This Rare Area 51 Footage From YouTube? 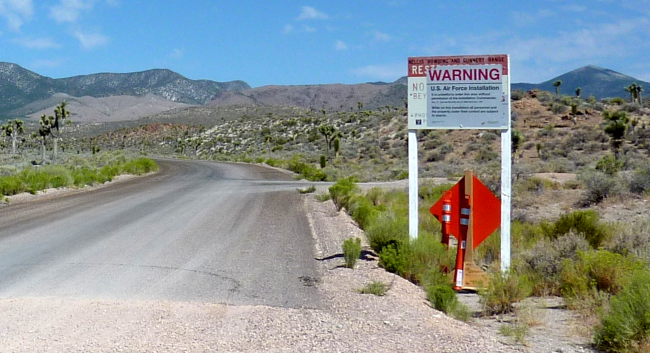 As we are all very well aware after years of amateur investigations and internet detective work, there is something very hinky going on down at Area 51 in Nevada.

Weird triangular-shaped objects in an open hangar and 50 foot tall “alien” robots are just the tip of the iceberg when it comes to the unusual things that have been spotted at the government facility.

For reasons that have never been made 100 percent clear, the United States government has refused for decades to let the the general public see what’s inside the highly classified United States Air Force (USAF) facility located within the Nevada Test and Training Range, better known as Area 51.

Now, a new report by Micah Hanks at The Debrief, reveals that the CIA has removed a short 1960 documentary film about Area 51 from YouTube.

The idea that there had ever been an on-location documentary film made about Area 51, or “Watertown” as it had once been more commonly known, might seem shocking to those who have followed the speculations about the high security facility over the years. However, that is precisely what happened there in 1960, when a short film was commissioned for production by the Pasadena, California-based Hycon MFG Company.

Written and filmed by Don Downie and Jim Jarboe, the intention behind the film had less to do with documenting the secret technologies being developed there, although such aircraft certainly did make appearances in the production. The film’s actual purpose had been primarily for family members of employees working at the facility, whose loved ones often were required to spend long stretches at the desert site while developing aircraft like the U-2.

While the film was never actually classified (as far as we know), very few people actually knew about it until the CIA released it several years ago as part of a collection booklet it published titled CIA Analysis of the Warsaw Pact Forces: The Importance of Clandestine Reporting, reports Hanks.

Now, for some reason, the video, which did appear on the CIA’s YouTube channel, has been removed or made private.

However, since anything producted by the U.S. Government is automatically considered public domain the video couldn’t be completely scrubbed from the internet.

Hanks suspects the video was removed as a part of the CIA’s snazzy new website and rebranding (that has been turned into numerous memes).

He also speculates that the film’s removal may possibly have some connection to the 2019 Storm Area 51 Facebook event.

Another interesting note is that the original video on the CIA’s YouTube channel was missing several seconds at the beginning, as well as a 45 second introduction by one of the film’s narrators.

That full copy of the video can be viewed here.