The U.S. Department Of Defense Issued An Apology For Threatening To Bomb ‘Storm Area 51’ Attendees 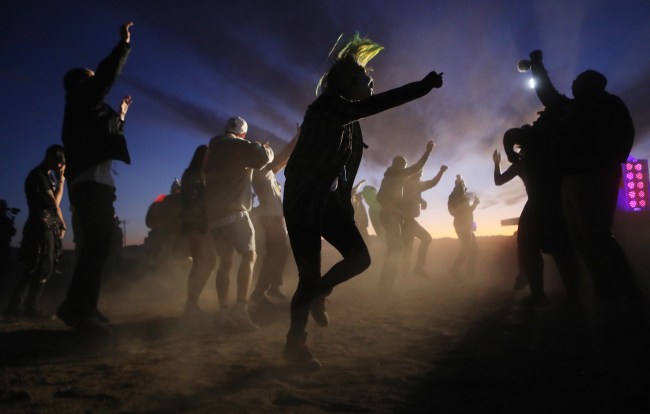 So… the Storm Area 51 events happened. No aliens or extraterrestrial spacecraft were found.

There was some music played, and there was no humanitarian disaster or calls of Fyre Fest 2.0.

After more than two million people responded on Facebook that they would be storming Area 51 on Friday, September 20th, only around 75 people ending up at the base’s gate. No one actually tried to “storm” it, and only one person was arrested – for urinating near the gate.

“I’m a little disappointed because it’s a lot less people than they said online,” said attendee Nathan Brown, who drove down from Portland.

So basically, all the fretting by local residents and threats made by the FBI and the U.S. Air Force turned out to be for naught.

Which makes a since-deleted tweet published on Friday by the Defence Visual Information Distribution Service (DVIDS) that read, “The last thing #Millennials will see if they attempt the #area51raid today,” alongside a photo of soldiers in front of a B-2 stealth bomber, seem a little harsh.

In case anyone wanted to see the tweet in question pic.twitter.com/nGGd8qXD2C

On Saturday, DVIDS issued an apology for the tweet, writing, “Last night a DVIDSHUB employee posted a Tweet that in NO WAY supports the stance of the Department of Defense. It was inappropriate and we apologize for this mistake.”

Last night a DVIDSHUB employee posted a Tweet that in NO WAY supports the stance of the Department of Defense. It was inappropriate and we apologize for this mistake.

There was one strange phenomenon that did take place during the Storm Area 51 festivities, however.

A man mysteriously went missing on Friday morning after heading out toward an Area 51 gate from the festival campground, according to The Guardian.

He was found safe later that day.