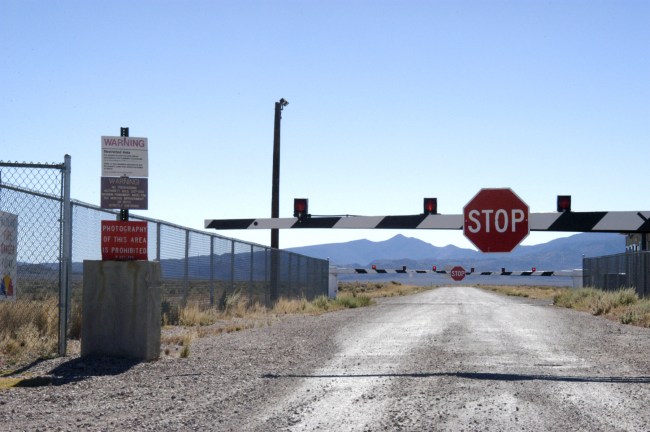 One minute you’re shitposting on Facebook, the next moment you have created a worldwide phenomenon that has over 2 million people attending. The very next moment, you have the FBI knocking on your door asking about your super-viral event you created as a joke. This is the reality for Matthew Roberts.

Matty Roberts is the creator of a viral Facebook event “Storm Area 51, They Can’t Stop All of Us,” an event where over 2 million people have said they are attending and over 1.5 million people are interested in going to.

The hotel closest to Area 51 in Rachel, Nevada, appropriately named the Little A’le’Inn, has already sold out all of their rooms for the weekend of the event.

The September 20th event is being taken so seriously that the United States Air Force has issued a stern warning to anyone contemplating storming the secret military base.

“[Area 51] is an open training range for the U.S. Air Force, and we would discourage anyone from trying to come into the area where we train American armed forces,” Air Force spokeswoman Laura McAndrews said. “The U.S. Air Force always stands ready to protect America and its assets.”

Now the FBI is concerned about the event and paid a visit to Roberts.

“So, the FBI showed up at 10 AM and contacted my mom, and she calls me like, ‘answer your phone the FBI is here,” Roberts told ABC 15. “I was kind of scared at this point, but they were super cool and wanted to make sure that I wasn’t an actual terrorist making pipe bombs in the living room.”

“I was kind of scared, because I am trying to advocate people to go to safer options and then I lost the platform to do that,” he said.

“As far as Facebook goes, I just want to thank them for putting the event back up,” Roberts said. “So that way, we do have that organization to point people about the safer option.”

This comes only days after the viral event was yanked from Facebook. The “Storm Area 51, They Can’t Stop All of Us” Facebook page disappeared on Monday but was reinstated hours later.

“There was no reason why,” Roberts said. “I put in a bunch of support tickets in.”

Roberts tried to create a new event twice, but those events were deleted. “I did get a notice for the original event that said it violated community standards of Facebook without further reason, and the other two were just blacklisted,” Roberts said.

“This was a mistake and the event page is now available again,” Facebook said in a statement.

Roberts’ Area 51 festival will be free of charge.

“Profits would be fun, but I don’t want to be seen as a profit-driven guy,” Roberts said. “I don’t care about the money aspect; I never intended for this to become a real thing. Now, I want to make it fun, and I think just capitalizing on it and making a ton of money just ruins the idea of the grassroots idea of it.”

“It’s insane, and I just created a joke while I was playing video games and it has taken off to this wild monster,” Roberts said. “I want to make this something as a positive, enjoyable, safe, and profitable for the rural area of Nevada.”