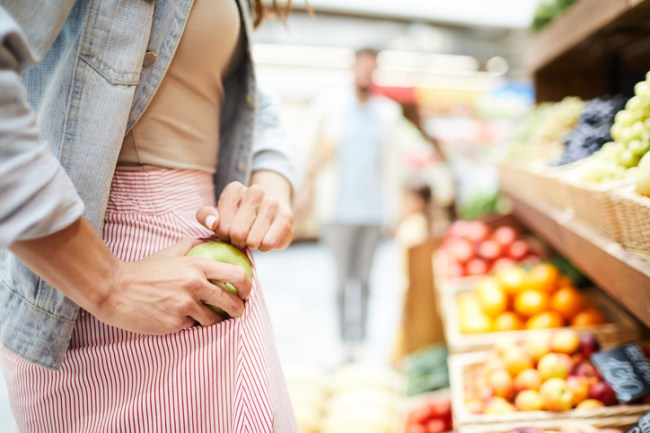 Have you ever been to a Google office? If Willie Wonka’s chocolate factory and Chuck-E-Cheese had a baby… Most visitors are impressed with the scooters and nap pods and the general playground atmosphere of the world’s second largest internet company. But when I went to visit a pal for lunch at Google’s New York City office, I couldn’t take my eyes off the snack kitchen. It was like a scene from a stoner movie, when the idiots wander into some treasure cave of junk food to a chorus of angels hitting the high notes. They had refrigerated cases of Nantucket Nectars, just-a-tad-sweet Honest Teas, coconut waters, string cheese, and a damn SUSHI BAR. On and on it went, and it was all free. The only rule? You couldn’t take food home with you.

Business Insider– Paras Shah, the head of high-yield bond trading for Europe, the Middle East, and Africa at Citigroup, was suspended from the firm after being accused of stealing food from the bank’s cafeteria, The Financial Times reported Monday.

Shah likely made over $1 million a year at his post, but he was was suspended right before bonus-season, The Financial Times, which cited people familiar with the matter, reported.

Outsiders to the world of finance will see this as just another example of corporate greed. How could a guy making over a million dollars a year steal food from his own cafeteria? Well, morons, the answer is simple: Paris Shah didn’t get to where he is today without cutting a few corners and nabbing a few crusts. If I know Paris as well as I think I do, he’s been looking for an edge since he busted open his first piggy bank, scooped up the change, and put it all towards shorting his uncle’s event planning company when he saw his uncle touching one of his VERY underage classmates at a recent cookout and young Paris just happened to have a polaroid handy and just happened to take the photos down to the precinct. This is a SAVVY INVESTOR, folks. Why wouldn’t he think he could lighten the Kind bar basket a couple times a day?

Now, it makes a big difference if the Citi cafeteria offers free food like Google or if you have to pay for that shit. I suspect you have to pay for it. If that’s the case, yeah, this dude is kinda just a dick. That’s outright shoplifting. But if it’s that weird grey area where you’re supposed to just eat the shit at your desk, but you can’t bring it home? I stand with Paris.

Let’s hope he’s back from suspension soon. Those bonds ain’t going to sell themselves.