Should Clay Aiken Be Thrown In Jail For His 2003 Hit ‘Invisible,’ Aka The Creepiest Song Ever Created?–A Legal Analysis. 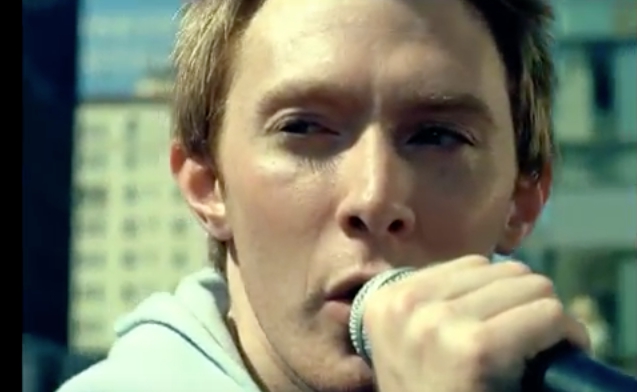 Every afternoon when I peel myself out of bed, I ponder three undying questions over coffee:

That last question…that one weighs on me like I’m the bottom man in a chicken fight with Ruben Studdard. And every morning I am shocked to learn that Clay Aiken, nearly 15 years after he secured 2nd place on American Idol, is a free man. Just like you, me, and O.J. Simpson.

We live in a world where one tweet, one fuck up, one button under your office desk, could lead the unrelenting destruction of one’s career and reputation. Since Clay’s ascension to fame, we’ve seen innumerable celebrities fall from grace–Matt Lauer, Bill Cosby, Harvey Weinstein, Woody Allen, Subway Jared, etc. With the exception of Jared, who may as well have had a forehead tattoo asking ‘Can I tickle your child?’, we were blindsided by the vile nature of these celebs. It’s not like any of the people listed above wrote a song detailing his desire to perform a Class I Felony.

And then there’s Clay Aiken–the frosted-tipped, choir boy who rocked seashell necklaces and medium Abercrombie and Fitch Undefeated Football t-shirts five years after the fad passed –who won the hearts of America in 2003 with a rendition of Bridge Over Troubled Water that would make Charles Manson emotional.

But his sneaky touching cover of Simon and Garfunkel’s 1970 snoozer is not the axe I’m grinding here. It was beautiful and made me want to call my grandmother. His 2003 hit single “Invisible” off his his Double Platinum debut album Measure of a Man–which at its best is the creepiest song ever made, and at its worst is grounds for a warrant to search his property.

I invite you to take audit the lyrics of Invisible, aka The Stalkers’ Anthem, and draw your own conclusions as to whether or not Clay should trade in his beaded wristlet for a pair of handcuffs. The lyrics are in bold and the italics will be my annotations.

Saw your face in the crowd
I call out your name
You don’t hear a sound
Ah, bummer. Well, there are plenty more fish in the see.
I keep tracing your steps
Clay.
Each move that you make
Clay!
Wish I could be
What goes through your mind (oh baby)
No need, I’ll tell you what’s going through my mind: A restraining order.
Wish you could touch me
With the colors of your life.
What? Are you eating Tide Pods again?

Lock this creep up and throw away the key.