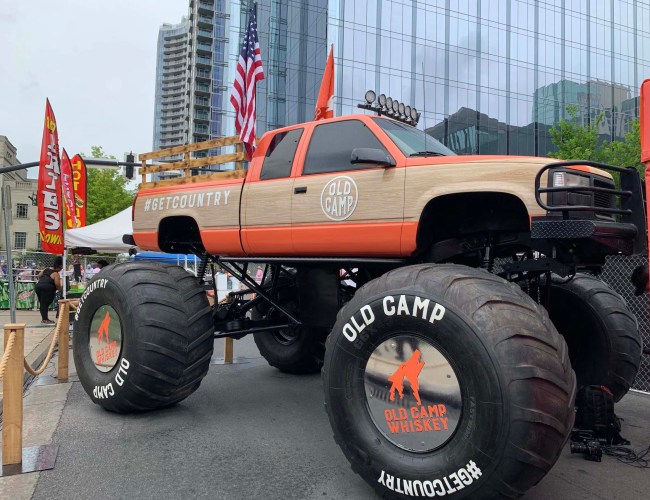 There’s nothing in the world like standing in a stadium on a summer night, belting out the words to your favorite songs with thousands of other people. It’s a feeling of musical camaraderie unlike anything else in the world – the most exuberant feeling in the world, especially when you’re flanked by your best friends, beverage in hands, hoisting a glass to a damn fine night.

There’s nothing quite like a big country stadium show, especially in Nashville, the bachelorette capital of the world and nerve center for the country music industry. You’re not just surrounded by people who know the words to every #1 country radio song in the last 30 years. In Nashville, you’re surrounded by people who live and breathe it; people who depend on a song’s success. The music is as much a part of their DNA as the blood that runs through their veins.

No where is this more apparent than at Nashville’s annual CMA Music Fest, where the biggest stars in the country music world align on the same stage in Nissan Stadium for four straight days every June. It’s been a staple in the city since 1972, when country radio started getting so big that someone said “hey, let’s have a fan fest.”

And so they did. Now it’s one of the biggest annual musical events on the calendar, where the true country fans – the real fans of the genre – flock to sing the lyrics of their favorite country ear worms into the humid Tennessee summer night.

I got to hang out at CMA Fest 2019 with my good friends from Old Camp Whiskey, the smooth, easy-sippin’ whiskey made by the boys in Florida Georgia Line. As a long-time country music fan from Pennsyltucky, no event in the world is quite like like CMAs in Nashville when you’re throwing back Old Camp Peach Pecan in a honky tonky or sippin’ an Old Camp Fast Track – a delicious cocktail made from the simple mixture of Old Camp Peach Pecan with soda and a touch of lime. 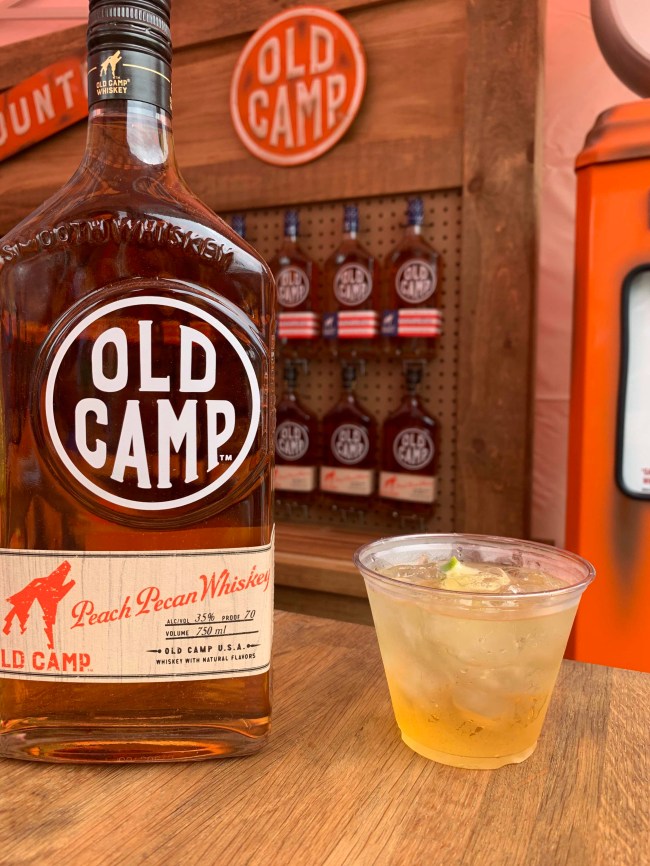 Here’s a handful of reasons why a trip to Nashville for CMA Fest needs to be high on the bucket list for every country music fan who knows how to #GetCountry.

There’s nothing in the world like bar hopping from honky tonk to honky tonk down Nashville’s Broadway. But CMA Fest raises the stakes in a big way from the average bachorlette-a-poloza. The whole vibe of CMA Fest is pure jubilee, with hundreds of thousands of friendly strangers showing how they #GetCountry in the country music capital of world. Whatever you favorite song is at the moment, you’ll hear it four times in an hour, from four different bar bands.

And you know what’s perfect in that situation: Old Camp Whiskey, from the boys in Florida Georgia Line. Whether you’re sippin’ it or responsibly shootin’ it, Old Camp’s legendary Peach Pecan whiskey go down smooth and easy. 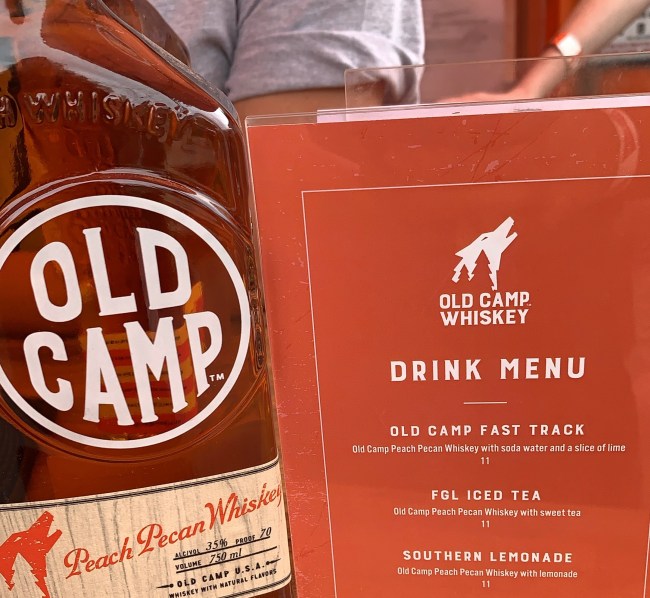 And over at Walk of Fame Park? It was impossible to miss the Old Camp truck, complete with some tasty cocktails. In fact, the folks over at Old Camp are giving away a chance to see Florida Georgia Line on tour this summer. All you have to do is show them how you #GetCountry on Instagram and use the tag #howltogetcountry, with @oldcampwhiskey. Official rules and details here. 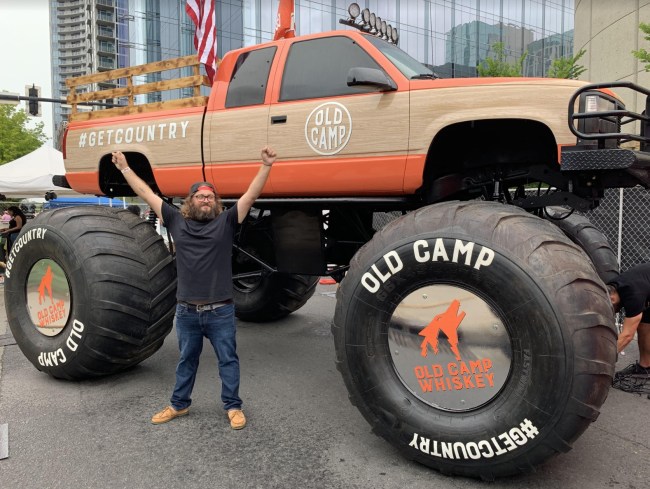 It’s impossible to overstate how many stages there are for CMA Fest around downtown Nashville. There’s five free stages and five ticketed stages, so there’s music floating through the air around every block in Nashville. You never know what up-and-comer you’re going to hear before they make it big.

You know how some country songs just feel… Huge? Like… 60,000 people singing in the rain huge? That’s what it feels like to sing “Baby you a song, you make me wanna roll my windows down and cruise!!!!!!!” in Nissan Stadium on Thursday night when when Ty and BK took the stage. If you’ve never experienced the joy of a big stadium country show, it’s feeling that has to be lived to do justice to just how awesome it is.

I’ve seen some pretty incredible performances in Nashville over the years, but few things are as special as up-and-coming country singer Morgan Wallen taking the piano in the basement of the FGL House at 2AM on Thursday morning to start singing “Take It Easy” by The Eagles to a crowd of 30 people. One of those unforgettable Nashville moments that stays with you for a long, long time. The following afternoon, Shiner Beer hosted an intimate Morgan Wallen mini set for fans, where he delivered an acoustic version of his hit, ‘Whiskey Glasses”.

A trip to Hattie B’s is a given on every trip to the Music City. A hearty lunch of spicy Nashville hot chicken a requisite part of the CMA Fest experience – lots of peppery kick and an ice cold Shiner to wash it down.

After all, you have to be properly fueled up on fried cayenne pepper chicken to get your half-step on.

Warning: The hot is just as spicy as they say it is. 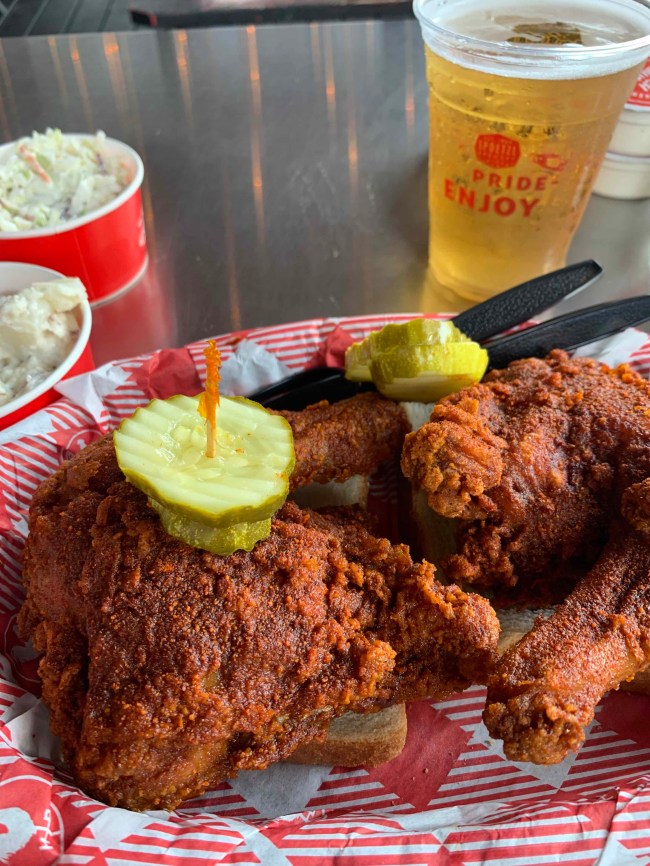 Look – The Nashville is a city with a huge cultural footprint and unique kind of energy about it these days. You can feel it when you’re there. Somehow, when it dresses to the nines over a week every June, it’s tenfold – The whole city puts on a throw down celebrating it’s rich country music heritage.

Grab some buddies to #GetCountry and book the trip to the CMA Fest.