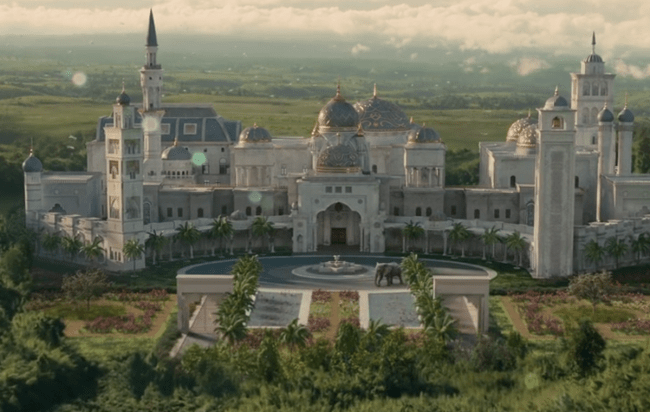 Coming To America is the ultimate riches-to-rags story that sees Eddie Murphy’s Prince Akeem leave behind his gilded life inside a massive palace in the fictional country of Zamuda for New York City, where he quickly discovers “Queens” is the ultimate misnomer after being confronted with the decidedly unregal lifestyle that greets him upon his arrival in the borough.

It’s also a simply incredible movie that has easily managed to stand the test of time, so while I was incredibly amped to hear we were getting treated to a sequel more than three decades after its release, I was also fairly skeptical considering the track record of other comedies that have gotten the followup treatment long after the original first came out.

Thankfully, Coming 2 America was able to avoid befalling that fate, as it was met with an extremely positive reception when it started streaming on Amazon last week thanks to its ability to capture the spirit of its predecessor. However, it was also a bit of a departure, as the sequel sees the central characters spending the bulk of their time in their native kingdom.

Part of the reason New York City wasn’t front and center this time around probably had something to do with the fact that Coming 2 America was filmed in Georgia, with a good chunk of the project shot on a soundstage at Tyler Perry’s production complex in Atlanta.

However, you might be surprised to learn the scenes that took place at the palace Zamuda’s royal family calls home was actually shot on location at a lavish mansion just outside of the city that is owned by none other than Rick Ross.

In 2014, the rapper purchased the 235-acre estate featuring a 45,000 square-foot home with over 100 rooms (which was previously owned by Evander Holyfield) for $5.8 million, which he showed off last year when Complex stopped by for a visit.

In addition to charging people for tours, Ross has also had some help recouping his investment by renting out the mansion as a filming location, and according to Variety, he was more than happy to welcome the cast and crew of Coming 2 America into his home after the property caught the attention of the production team that was scouting for a palace.

While they made a number of changes to the interior, the mansion is basically as opulent in real life as it appears to be in the movie and even had enough room to fit a table big enough to seat at least 50 people, which Ross said they were nice enough to leave as a thank you gift when everything wrapped up.