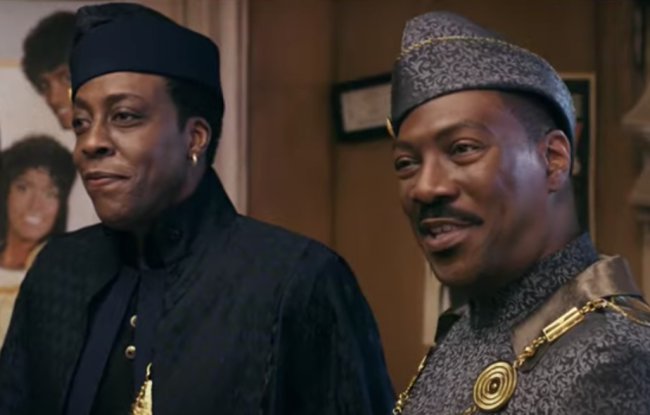 A number of comedians have used Saturday Night Live as a proving ground before taking their talents to Hollywood, and if you take a closer look at the careers of the most notable names to make that pivot over the decades, it seems like they’re essentially predestined to follow the exact same trajectory; a journey that kicks off when they go on an absolute heater and pump out some absolute classics before inevitably tarnishing their legacy with some of the most heinous cinematic crimes ever committed.

Adam Sandler is the most obvious example, as he gained so much favor with Billy Madison and Happy Gilmore that he could film himself taking a steaming dump and it would still be the most popular movie on Netflix. Will Ferrell also dominated the box office in the early 2000s before a combination of audience fatigue and some ill-advised projects took its toll, but his fall from grace has nothing on Mike Meyers, who treated us to Wayne’s World and the Austin Powers movies before effectively banishing himself from the film industry after watching the final cut of The Love Guru and somehow thinking it would be a good idea to release it.

However, all of those guys were following the trail that was blazed by Eddie Murphy, who spent the 1980s cementing himself as a comedy legend by breathing some much-needed new life into SNL, recording a couple of iconic stand-up specials, and starring in a number of hilarious movies that are as timeless as The Adventures of Pluto Nash was not.

Of all of the films Murphy anchored during his breakout decade, I’d argue none of them have managed to stand the test of time like Coming To America, which is arguably his magnum opus. As a result, I was pretty amped when he announced a sequel was in the works last year, but I was also fairly skeptical when you consider Hollywood doesn’t exactly have a great track record when it comes to reviving beloved comedies long after the original was released.

With that said, I’m cautiously optimistic that Coming 2 America will be able to buck that trend based on the trailer that was released on Tuesday. I know there’s a chance I could be setting myself up for disappointment when it hits Amazon Video on March 5, 2021, but based on the vibes this preview is giving off (and some of the characters who are making their grand return), it’s hard not to get pretty excited.

If the reports that surfaced back in October are true, it seems like Akeem and Semi will be stopping by MacDowell’s at some point, so while Samuel L. Jackson’s name might’ve been absent from the trailer, I can only hope that isn’t the case with the movie itself.