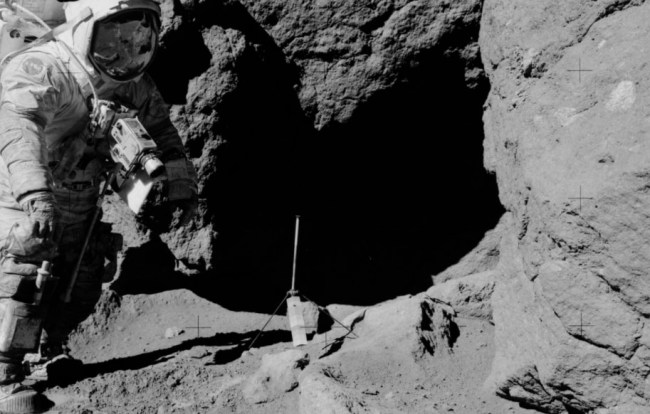 There have always been rumors that the moon landing never actually happened and that it was faked. Some conspiracy theories suggest that NASA utilized the expertise of acclaimed movie director Stanley Kubrick (2001: A Space Odyssey) to replicate astronauts landing on the moon. None of these allegations have ever been substantiated but that hasn’t stopped a new conspiracy theory about an Appollo moon landing to go viral.

The United States has taken pride in the fact that NASA astronauts were the first to step foot on the moon. A total of 12 U.S. astronauts have landed on the moon, the first being Neil Armstrong and Buzz Aldrin on Apollo 11 on July 20, 1969. The last person to walk on the moon was astronaut Eugene Andrew Cernan on Apollo 17 on December 7, 1972. Now a new eagled-eyed detail of a photo suggests that the Apollo 17 mission was faked. 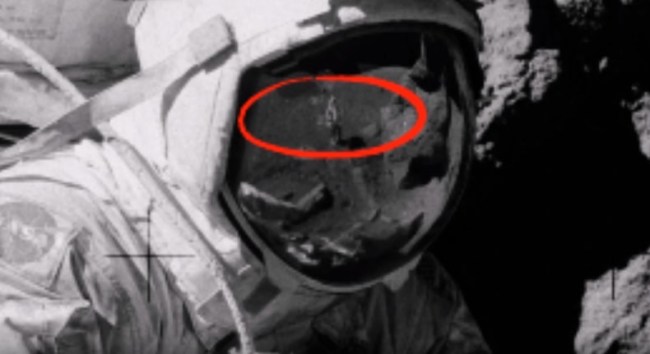 The conspiracy theorist zoomed in on the astronaut’s visor and it appears to be a person walking on the moon without a spacesuit. There was a three-man team for Apollo 17 including Commander Cernan, Command Module Pilot Ronald Evans, and Lunar Module Pilot Harrison Schmitt. However, the person in the reflection doesn’t appear to have a bulky spacesuit. “What we appear to have here is a figure of a human, not wearing a space suit, circa early 70s. An Apollo 17 photograph,” the video suggests. “It looks like a man. Back in the early 70s. Long hair. Wearing some sort of waistcoat type thing.”

The conspiracy theory suggests that faking the lunar landing helped the United States defeat the Soviet Union in the space race during the height of the Cold War. So was the moon landing a hoax?