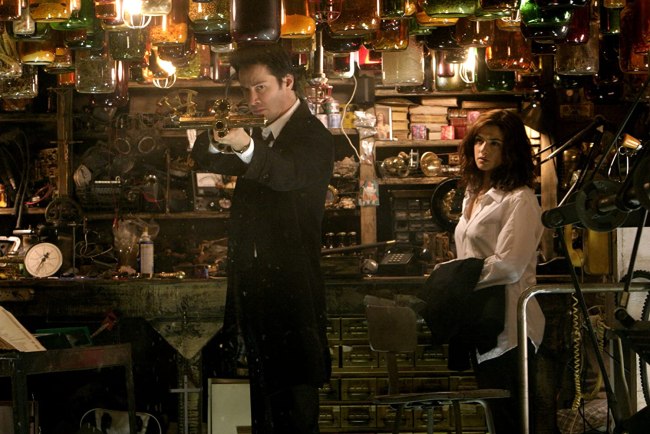 The Rotten Tomatoes score of Constantine certainly reflects that idea, because while it was just a 46% critics score, it’s got a 72% audience score. Whenever the audience enjoys something more than critics, you know that means while it may not be “good”, it’s certainly entertaining. And really, when it comes to movies, not much else matters? In fact, I’d actually argue that Constantine is so good it actually flirts with being *actually* good* and not just ironically good.

Point being, if it’s true that a sequel is in the works, and if they do somehow get Keanu Reeves — whose arguably a bigger star now than he was in 2005 — to return to the role, then I’d be all for it.

Peter Stormare, the famed character actor who starred as Lucifer Morningstar in the original film, recently posted to Instagram saying that a sequel was “in the works”.

Peter Stormare, who starred as Lucifer in the Keanu Reeves-starring CONSTANTINE, has posted on Instagram that a sequel is “in the works.”

Earlier this year, there were rumors that J.J. Abrams was set to produce a new CONSTANTINE film. pic.twitter.com/ghh2ThpmD0

While nothing official has been announced by Warner Bros., there were rumors that J.J. Abrams — who signed an overall deal with WarnerMedia back in 2019 — was set to produce a new Constantine film. Given that the profile of the character, Keanu, and the comic book movie market have grown in the years since the original, an eventual sequel and/or reboot certainly seems like a no-brainer at this point.