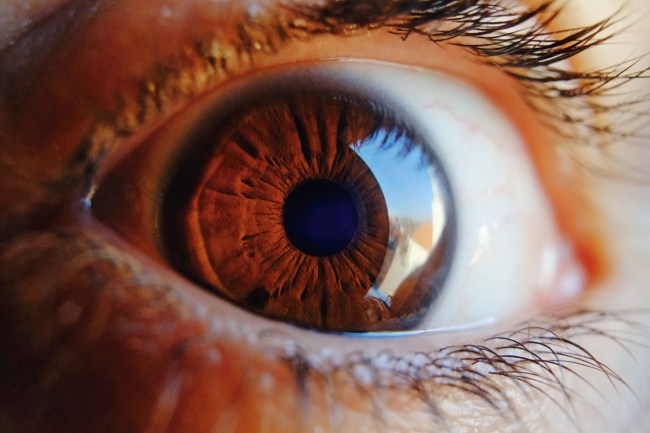 I have a pretty high tolerance for all things ‘icky’. This probably stems from the fact that I was one of those weird kids who always got nosebleeds as a kid. Thanks, mom and dad for bringing me into this world with a broken blood vessel in my nose! But I’ve never been weirded out by hospitals, claustrophobia, heights, or any of the common phobias.

I’ve still got perfect 20/20 vision and have zero problems touching my eyeballs if I had to but for some reason, this just creeps me out. The idea that a robot is inserting something into a person’s eyeball and removing it without ever malfunctioning and accidentally gouging the person in the eye is just a bit too futuristic for my imagination.

This man in Florida, Craig Hershoff, invented the voice-activated robot to help with elderly patients and people who have issues with dexterity. The idea is this sensitive voice-activated robot can help them put in and take out their contact lenses without the assistance of another person. But at the end of the day, it’s a robot putting something into your eyeball.

This news clip from WPLG shows the robot in action and if you suffer from Ommetaphobia this will probably be too much for you:

I briefly lost my train of thought here and started thinking about which orifices I’d trust a robot to probe and I’ve settled on none of them. I’m not down with letting a robot stick anything in my body or take it out without that robot being guided by a doctor.

We just have not reached a point in society yet where I’m cool with a robot doing anything unassisted when it involves my body. Maybe that makes me a bit of a prude but a robot invading my body on its own is where I draw the line.