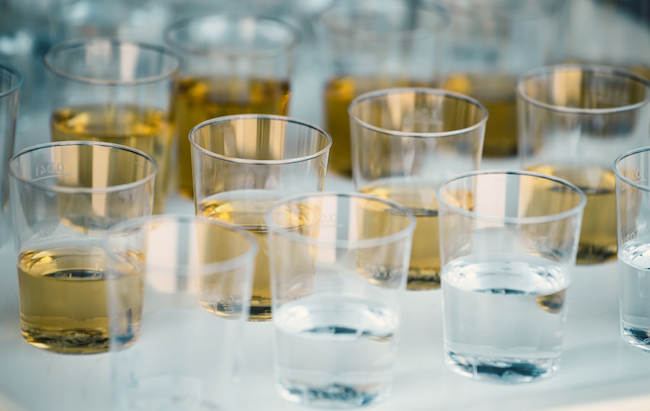 If you’ve ever been broke as shit in New York City, then you’re undoubtedly familiar with The Continental in the East Village, a dive bar that offers five (admittedly small) shots of litearlly any liquor behind the bar for $12 (a special that cost $10 until last year). If you’re looking to get drunk for cheap and don’t care about contracting some sort of virus while doing so, there really isn’t a better spot in the city for you to go.

The institutionc (which will sadly be closing its doors at the end of June) has always had some fairly stringent rules— including of kind-of-racist dress code they insist isn’t racist— but they recently announced a new one that I doubt many people will complain about: a ban on the word “literally.”

The newly instituted policy— which I assume is mostly targeted at the NYU students who flood the bar to take advantage of the cheap booze— was spotted by musician Eden Brower, who posted a photo of the sign on Twitter.

The bar gives you a five minute grace period to finish your drink if the word happens to slip out of your mouth, but people who start off a sentence with “I literally…” will have to rip shots if they decide to abuse the English language. It might seem like a harsh policy, but if you compare it to the chain of bars in the United Kingdom that decided to ban swearing, it sounds pretty damn reasonable.