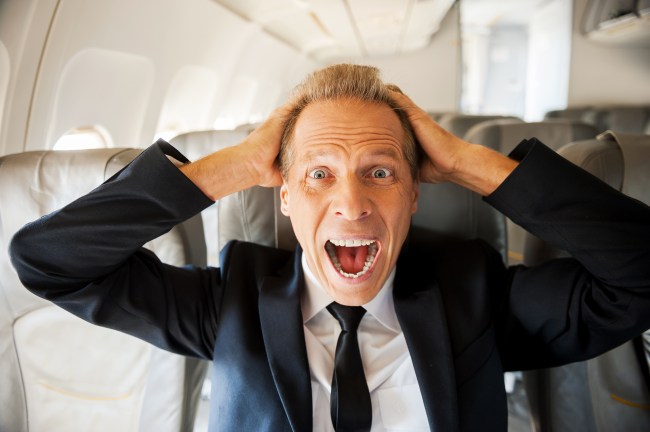 Coronavirus has absolutely everyone on edge right now. It doesn’t matter if you’ve visited China recently or not — which is the apparent epicenter of the rapidly spreading disease — because, if you come down with a cold, start feeling ill or short of breath, most people are paranoid enough about their health to think that, yep, they’ve definitely been infected. Hey, I’m guilty of doing it this morning after some pain in my side, so who am I to judge, right?

While there have been numerous reports about coronavirus in the past few weeks — with one being a CDC simulation that resulted in the deaths of 65 million people — nobody knows for sure how bad this thing really is. What we do know is that the death toll is rising, with a reported 362 people losing their lives because of the virus. Should we all be worried? Who knows, but it’s pretty terrifying when reading about all the news.

Now imagine the anxiety millions of people already have about the coronavirus and add in the stress that comes along with flying. Think about being 30,000 feet in the air, surrounded by recycled air, unknown illnesses floating around, scrunched up against strangers and then, out of nowhere, some jackass decides to get up in the middle of the flight to reveal to the entire flight that he is infected — with the virus being transmitted from human to human.

Yeah, your mind would probably run wild with what it means. Is the dude joking? If so, why on earth would he fucking joke about something like that? If serious, what’s that mean for you?

If you’re getting a little anxious just playing that situation out in your head, think about the 243 passengers onboard a recent flight from Toronto to Montego Bay, Jamaica, who actually lived that situation out the other day, when some 29-year-old man did it.

According to CBC, two hours into a WestJet flight, some guy stood up and announced that he was recently in China and had contracted the disease, per the Peel Regional Police. Upon hearing what the passenger had done, the captain informed passengers that, because of the incident, they couldn’t land in Jamaica or the U.S., and swiftly made a return to Toronto.

“That announcement was shared by the flight crew to the captain and a decision was made for the plane to return back to Pearson [International Airport],” said Const. Bancroft Wright.

Passenger Julie-Anne Broderick says she and her family were concerned.

“We were just over Florida and all of a sudden we felt the plane do a pretty dramatic turn,” Broderick told CBC News.

“We were flying in the opposite direction all of a sudden and it said our final destination was back in Toronto. So we were very confused and worried.”

She says she saw the man taking a selfie and telling passengers around him that he had the coronavirus.

“The flight attendants came, gave him a mask and gloves and just told him that he had to move to the back of the plane” she said.

WestJet said in a statement the crew followed all protocols for infectious disease on board, including sequestering the man.

Good lord, guys, this is pretty much a nightmare scenario. Given the severity of the announcement from the guy, the pilot had no other option than to turn the plane around, causing a serious headache for all the passengers aboard — not to mention the added stress of not knowing if they, in fact, were aboard a flight with someone who actually has coronavirus.

Obviously, it takes balls for somebody to make such an announcement on a flight, and, while protocol was handled properly, the captain still had doubts about the legitimacy of the entire incident, believing the whole thing was a hoax.

The captain said he believed it was a hoax, according to Broderick.

“I guess this guy thought it was a funny joke but it’s just really weird. We were all very frustrated, to just displace 240 people … it’s just so selfish. We’ve lost a day of our vacation,” says Broderick.

CBC reports that, upon landing back in Toronto, the man was arrested and charged with mischief, and he’s scheduled to appear in court on March 9.

Plenty of people already have a fear of flying, so, to this jackass who thought it’d be funny to make an entire airplane full of people even more terrified by pulling this whole coronavirus stunt, screw you. I hope this guy knows that hell has a really special place for people like him.