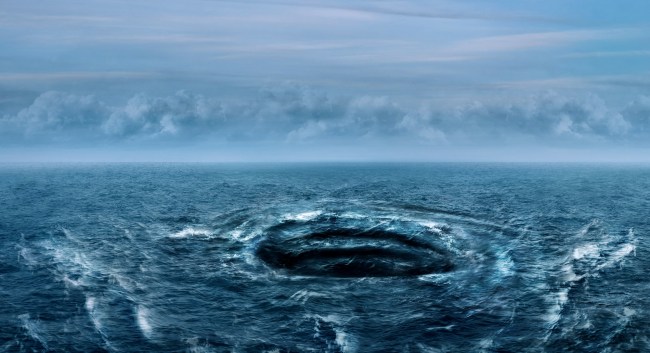 The Bermuda Triangle, AKA the Devil’s Triangle, AKA Hurricane Alley, has claimed numerous ships, planes, and hundreds of people over the years.

Despite that, according to the National Ocean Service, “The U.S. Navy and U.S. Coast Guard contend that there are no supernatural explanations for disasters at sea.”

Tell that to the 300-plus passengers and crew on board the USS Cyclops who vanished in 1918 without so much as an S.O.S. distress call and who, along with their 542-foot-long Navy cargo ship, were never found.

Or tell it to the 32 people on the SS Cotopaxi who vanished in the Bermuda Triangle around December 1, 1925, never to be seen again.

Or the 58 passengers and crew on board the USS Proteus and the 61 people on board its sister ship the USS Nereus who vanished within a month of one another in 1941. Both ships also just happened to be sister ships of the vanished USS Cyclops.

Speaking of the SS Cotopaxi, back in 1925, the SS Cotopaxi left port in Charleston, South Carolina headed for Havana, Cuba by way of the Bermuda Triangle. It never arrived, nor was it ever found.

Now, after almost 95 years, maritime archaeologists believe they have actually discovered the whereabouts of the long missing “ghost ship.”

No, it wasn’t found in the the Gobi Desert.

A group of underwater explorers believe they have located the SS Cotopaxi at the bottom of the ocean approximately 35 nautical miles off the coast of St. Augustine, Florida.

“I felt confident this was the Cotopaxi, given it was the only large steamship in the area,” marine biologist shipwreck explorer Michael Barnette told ABC News.

“Walters combed through ship records at the archives of Lloyd’s of London, who were the insurance brokers for the SS Cotopaxi,” read a statement from the Science Channel, which will begin airing a documentary on the discovery called Shipwreck Secrets on February 9th. “There he discovered something previously unknown about the SS Cotopaxi’s voyage. The ship had sent out wireless distress signals with a position on December 1st, 1925, two days after it left Charleston.”

Barnette feels very confident that he has found the ship after 94 years, telling the Huffington Post, “There were several elements that confirmed the identity such as the dimensions of the ship, its length and the measurement of the boiler. Also, I looked at the general orientation of the machinery. It was all consistent with the information we knew about the Cotopaxi.”

If true, at least one of the biggest mysteries attributed to the Bermuda Triangle will finally be definitively solved.