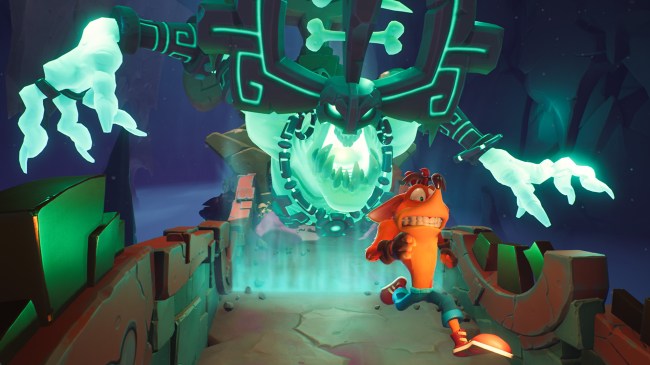 When it comes to childhood memories, the nights where you and the boys would spend a Friday night ripping video games, crushing Doritos and slugging Mountain Dew: Code Red rank near the top.

Just close your eyes and think about it. You get home from school and dump your backpack by the door like a ton of bricks. Mom and Dad left $20 on the counter to get pizza delivered. The boys come over and you fire up the PlayStation or Xbox or whatever your system of preference was. The night is young and the snacks are flowing. Life is good.

So, when PlayStation announced that they were dusting off the time machine to bring us a new Crash Bandicoot game, my mind immediately teleported to those carefree days of my pre-teens and it was glorious because similar to drugs, nostalgia — when used in moderation — can be a delightful treat. Hopefully, this is simply the first of many 90’s classics to be remade for the modern generation — I’d cop a remastered version of Goldeneye in a heartbeat.

Here’s the official synopsis for Crash Bandicoot 4: It’s About Time, via PlayStation:

The saga continues where Crash Bandicoot: Warped left off: Neo Cortex and Dr. N. Tropy are now free from their penitentiary, and it’s up to Crash, Coco, and friends to go across time and space to stop these three from not only taking over the world, but the entire multiverse.

Developed by Toys for Bob, Crash Bandicoot 4: It’s About Time will keep the core of what a Crash Bandicoot experience is – an intense and zany 3D platforming game defined by a certain marsupial’s brash attitude.