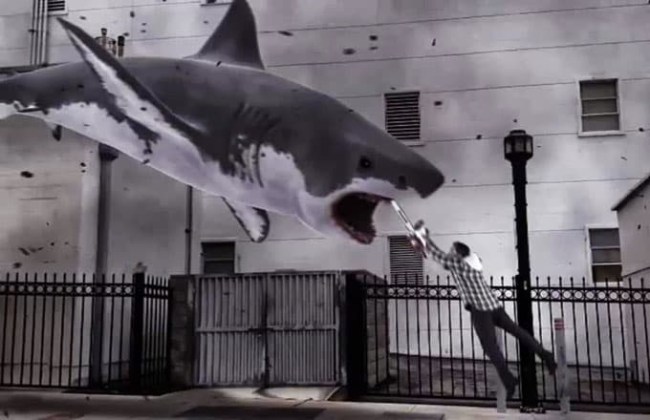 Over the years, SyFy has perfected the art of low-budget and highly enjoyable made-for-TV movies with some absolutely absurd premises.

However, none of them come close to topping SyFy’s magnum opus: the Sharknado series.

Even if you’re unfamiliar with the movies, I’m guessing you can figure out what they’re about. If you can’t, here’s a hint: it’s a tornado. Of sharks.

What else could you possibly want?

Sadly, the franchise will be coming to an end on Sunday when the sixth installment in the series finally airs.

Don’t cry because it’s over. Smile because it happened.

What’s the best way to fend off a flying shark intent on consuming as much human flesh as possible?

The answer is obvious: fire up a chainsaw and jump into its mouth headfirst before cutting it open from the inside.

You could argue Tara Reid still having a career was the most absurd part of this movie but I think this scene edges out everything else.

Sharknado 2: The Second One

Kelly Ripa Murders A Shark With Her Heel

Sharknado 2 really upped the game when it came to casting celebrities with what would have been a star-studded cast if it had been made in 2003— including:

However, my favorite part is easily when Michael Strahan tackles a shark and then slides it toward Kelly Ripa, who promptly murders the hammerhead with her heel.

This might be the same movie where a shark gets impaled on the top of the Empire State Building but this scene has a special place in my heart.

As I’m sure you already know, the third Sharknado movie featured the largest Sharknato to date, with the entire East Coast (or, as they called it, the “Feast Coast”) threatened by flying sharks.

Obviously, there’s only one solution to such a problem: shooting a giant laser built during the Reagan era into the storm.

The strategy was largely effective but caused some of the sharks— which apparently don’t require air to survive— to descend upon the space station from where the weapon was fired.

Thankfully, one of the astronauts was armed with what was basically an energy sword from Halo.

The fourth Sharknado film features Gary Busey playing a scientist who is the father of Tara Reid, who was presumed dead after being crushed by debris from a space shuttle in Sharknado 3.

Thankfully, he has the knowledge and skills to turn his daughter into a cyborg so she can take on the sharks yet again. 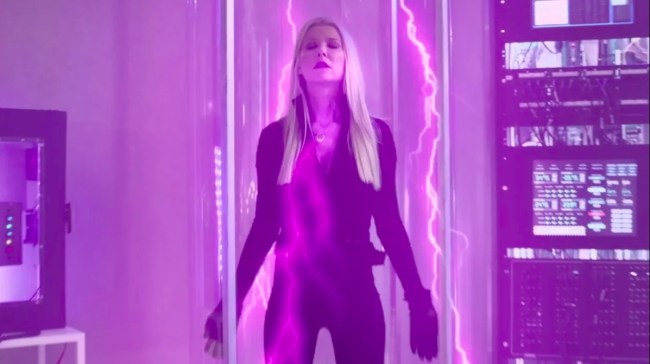 As is the case with all of these movies, it’s easier if you don’t ask questions.

Fabio Is The Pope

You could say this moment has us feeling #blessed 🙏 #Sharknado5 pic.twitter.com/tGujeiKBUB

The most recent installment in the franchise features all the over-the-top violence you’ve come to expect from the series but none of it is close to being as absurd as Fabio playing the Pope.

The Young Pope has nothing on this.

The Last Sharknado: It’s About Time will air on August 19 at 8 PM on SyFy.