Creator Of Effin’ Birds Gets Spam Email For Online Conference, Signs Up Just To Wreak Havoc In A+ Twitter Thread 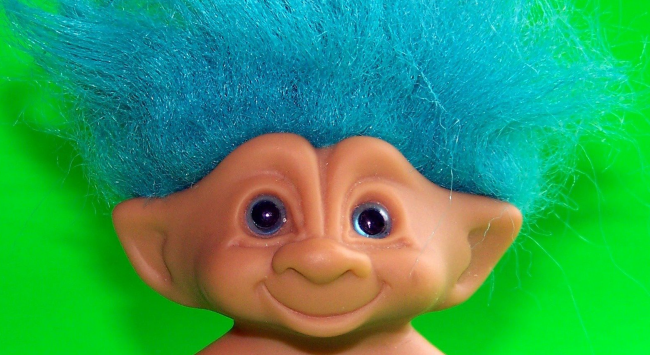 Some people are amused by the most unusual of things. Example: Aaron Reynolds, the creator of Effin’ Birds, signed up for a online conference on Sunday just to troll the hell out of them and then shared the whole thing in a hilarious Twitter thread.

The conference, DTC DAY LIVE, calls itself the largest conference for all things direct-to-consumer. The trolling began when Reynolds received a free invite to attend the virtual conference by one of the sponsors of the show. (He didn’t really receive it from a sponsor. It was basically just a scattershot targeted ad that found its way into his inbox.)

“So uh I’m about to see how fast I can get kicked out of a virtual event,” Reynolds wrote to kick off the comical Twitter thread Sunday night.

So uh I’m about to see how fast I can get kicked out of a virtual event pic.twitter.com/xC7wtELEtA

“I don’t understand half of the words or any of the acronyms in this email,” he continues. “I’m sure some of you do, but please don’t spoil the surprise for me. I’m RSVPing right now.”

oh look I can make a public profile for myself pic.twitter.com/Pc7D5sDex2

oh no they have a “wall” where you can make public posts with images attached oh no pic.twitter.com/Ioll4EvTcX

“Browsing the list of speakers, it appears that everyone is either a Founder, a CEO, or a Founder AND CEO,” the Effin’ Birds writer notices.

oh no you can leave reviews of the speakers

I’m so sorry for what I am about to do, Scott pic.twitter.com/ClZTFApNIQ

Leave my name on them and see how fast I get kicked out? pic.twitter.com/jK2JuQrkA4

Reynolds first “review” was for the aforementioned Scott.

“I took Scott out on three dates,” Reynolds writes. “His manners were fine but he has decidedly lowbrow tastes and I could not conceive of spending another evening at the Olive Garden.”

He then goes on to write reviews for several other people at the show.

My one star review of Robert pic.twitter.com/jsUE8sSSWZ

His bio says he was on Shark Tank.

That’s the show where they sing and dance in the shark costume, right? pic.twitter.com/PJIUYPlLCe

But that didn’t take.

I couldn’t sleep because I kept thinking of more reviews pic.twitter.com/USdREW128r

tone it down, Adam pic.twitter.com/RnBTbRuKIL

David did not turn out the way I expected pic.twitter.com/zzWGmplaAO

Gavin is probably great at parties though pic.twitter.com/kQqop6ZdUT

He did finally go to bed, but in the morning Reynolds discovered that he could also review the panels being held at the show.

oh my god you can review the panels pic.twitter.com/TyH7AmHYgF

My review of the panel “Cultivating Brand Loyalty Through Impact” pic.twitter.com/eH1KaR0P9L

He also learned that there were video rooms for the conference.

For reasons that are very hard to explain, I have a full sized Elmo puppet in my house

So I guess Elmo is going to attend some panels pic.twitter.com/9kntYnjKDy

Finally, someone noticed his shenanigans.

ha ha uh oh I just got a “how did you get in here” email pic.twitter.com/6Q8KCwFbca