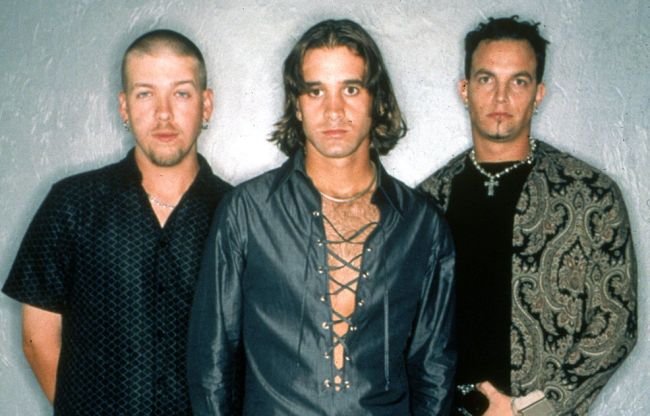 Look, I’m just going to say it: I like Creed. I remember my Dad listening to them to the late 90s and I remember getting absolutely AMPED at pregames while listening to Higher with the boys. One Last Breath and My Sacrifice and With Arms Wide Open all slap. But even still, there’s no denying that Creed exists in a Nickelbackian realm where they’ve essentially become more of a meme than an actual band. And arguably the defining cause of that — other than things like the readers of Rolling Stone ranking the band the worst artist of the 1990s — is the now ironically iconic halftime show they put on during the Dallas Cowboys’ 2001 Thanksgiving Day game.

November 22, 2001 — that was the day that Creed took the stage at Texas Stadium and changed halftime shows forever and it’s now, somehow, been 20 years since then. In celebration of the momentous occasion, football and Creed fans alike hopped onto Twitter to pay their respects to the legendary 3-song medley, which is perhaps most famous for its Cirque du Soleil-esque stunt team who flew around the air using king-sized bedsheets.

There will never be an NFL halftime show of equal wow-factor. https://t.co/weKkBXasq9

Thanksgiving. Broncos at Cowboys. Creed gifts the world with a halftime show that continues to tickle our hearts and imagining a world in which everyone gracefully flies around on lively bed sheets. (via @JeffMcDev) pic.twitter.com/6gndFkZnG1

When people joke about it being the darkest timeline, we often forget one of the darkest parts: in the late nineties and aughts, people legitimately liked Creed https://t.co/Y9YbRDpKx7

I somehow was able to keep this repressed until now. And to be honest, I'm not sure I'm ready for this yet. https://t.co/QOtn0nzrRk

One of the most eclectic live performances in history. https://t.co/51mcDlOwMA

The greatest of all American Thanksgiving traditions https://t.co/zJKcMJixfH

There’s the Beatles on Ed Sullivan, and then there’s Creed on Thanksgiving. https://t.co/FtGJwsIggG

And to think, this was just a few years before Justin Timberlake and Janet Jackson would come to redefine what a halftime show is again. The late 90s and early 2000s, man — what a time to be alive. Gen Z may have Uber and Olivia Rodrigo, but they’ll never have Creed.