Someone Dropped Almost $2.6 Million On Fees To Transfer $134 In Cryptocurrency And I Feel So Much Better About How Much I Lost On Bitcoin 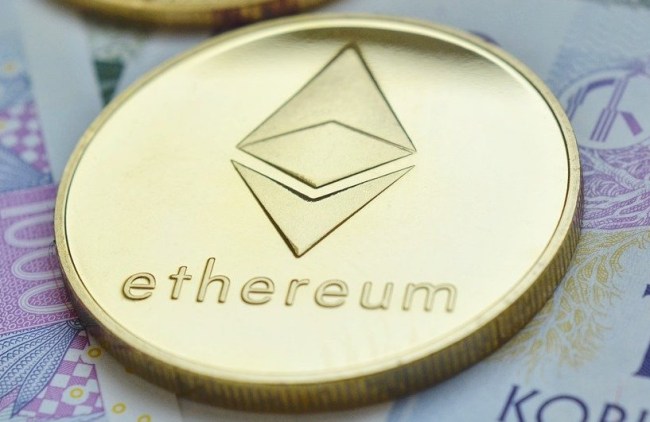 “Gucci Gang” is still somehow inescapable even though Lil Pump dropped it all the way back in August and Star Wars: The Last Jedi sits high at the top of the box office and fans are already amped for a followup that can’t possibly disappoint—just like the final season of Game of Thrones, which will surely learn from the mistakes that were made in some of the episodes that aired over the summer and never again be criticized for questionable creative decisions.

Your grandmother usually sends you $100 for Christmas, but due to her gradually declining mental faculties, you received an identical envelope three days after the first one arrived stuffed with another crisp Benjamin (but you just tell yourself she really sent it because she loves you an extra amount this year).

You sit at your desk clad in the man romper you bought as a joke that turned out to be extremely comfortable, occasionally flicking a fidget spinner trying to figure out what you should do now that you’re flush with cash.

All of a sudden, it hits you. There’s that guy you’re friends with on Facebook—the one who always bragged about how much money he made selling knife sets in high school and regularly shares updates concerning his adventures into day trading (which he must be really good at because he’s never mentioned losing money).

Over the past couple of weeks, he’s begun to preach the gospel of Bitcoin. It recently peaked at almost $20,000 following a meteoric rise, and while it has fallen a bit since then, he says it’s a “natural correction” and you have no reason to doubt him based on how frequently he posts pictures of charts with lines on them.

Plus, if you’re going to do the whole “New Year, New You” thing, what better place to begin than starting to invest your money responsibly instead of a regrettable purchase you failed to think all the way through?

As of this writing, if you’d invested $200 when Bitcoin was at its peak, you’d have around $94 to show for it. There are certainly people out there who hit it big when crypto exploded but there are far, far more who took a hit after the boom turned into a bust almost as quickly as it began.

I lost more than I would’ve preferred in this particular corner of the market but it wasn’t something I couldn’t come back from fairly easily. With that said, it still stings a bit, so there’s nothing I love more than basking in the misfortune of other people who made some much more regrettable mistakes, like a drug dealer who had the passwords to his $60 million fortune burned to a crisp and the dude who spent an amount of Bitcoin that would eventually be worth $800 million to order Papa John’s.

If you also enjoy crypto-centric schadenfreude, then you’re going to be a very big fan of a brainfart that recently started to circulate after someone spent 10,668.73185 Ethereum (currently worth slightly over $2.5 million) in fees in order to transfer .55 ($129) of the cryptocurrency to another wallet.

For the record books 😅 https://t.co/MzZ4czqjKw

As Mashable explains, this was likely an extremely regrettable mix-up, as the anonymous and unfortunate soul was almost certainly attempting to transfer the larger sum while using the smaller one for associated costs (the platform in question gives users the option to pay more in fees to prioritize their transaction over others, so I can only assume this one got taken care of quite quickly).

According to Coindesk, the error can be traced back to a blockchain firm in South Korea, which reportedly reached out to the company that processed the exchange and managed to get half of the fees refunded

What a truly selfless act.