Dan Bilzerian Streams Models Attempting To Run A Mile In Under 5 Minutes On Twitch, Account Gets Suspended 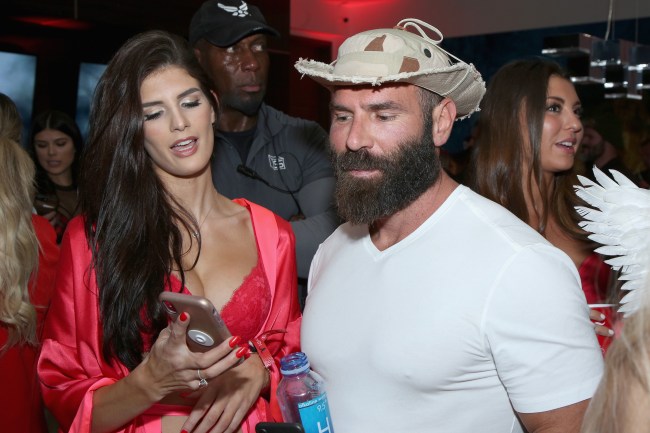 Dan Bilzerian lives for women in bikinis, skipping leg day, and high-stakes betting. The 38-year-old King of Instagram once bet $6 million on a coin flip. He bet over a million dollars that Floyd Mayweather would beat Conor McGregor in their 2017 boxing match. The dude even convinced Lance Armstrong to train him for a 300 mile Las Vegas-to-Los Angeles cycling prop bet in which in netted $1.2 million.

If his most recent bet is any indication, Bilzerian is keeping his money a bit closer to the chest. Yesterday, on the Twitch account of Ignite, the cannabis-selling company he owns, Bilzerian offered his Ignite models $30,000 if they could run one mile on a treadmill in under 5 minutes. For perspective, the fastest mile ran by a woman is 4:12 back in 1996.

The promotional stunt was first attempted by model Kinsey Sue, who changed out of her fitness gear into an Ignite-branded bikini for the impossible feat.

Kinsey Sue found out that day that she was not, in fact, a world class runner. Her colleague and fellow model, Alex Abbate, decided to try her luck, with an offering of $6,000 if she finishes at or under 5 minutes. Off the bat, you could tell Abbate was cooked seeing as she had to cling to the treadmill’s safety bars.

Following the stunt, the Twitch account for Ignite has been suspended, as it is believed that the videos posted violated the streaming service’s policy of “sexually suggestive or explicit content.”

If history is any indication, Bilzerian isn’t losing sleep over a temporary suspension. The dude will find other ways to fill his time….