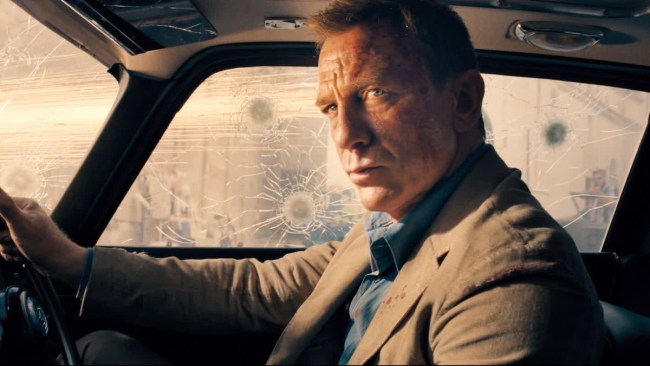 Editor’s Note: This article will contain spoilers for No Time To Die.

After literal years of hype, anticipation, and unfortunate delays, Daniel Craig’s final outing as James Bond, No Time To Die, finally hit theaters last Fall and largely lived up to its massive expectations.

Part of the reason that fans of the franchise were so thrilled with its conclusion was due to the fact that it gave Craig’s now-iconic iteration of 007 a definitive ending, as the famed MI6 spy sacrificed his life in order to save both the world at large and his newfound family. Definitive endings are rare in franchise filmmaking but No Time To Die delivered exactly that.

Bond’s heroic death wasn’t simply something that was stumbled upon when the film was being written, though, as Craig recently revealed he had the desire to ultimately kill his version of 007 all the way back in 2006 when Casino Royale — his debut as James Bond — first hit theaters.

“It was 2006. [Producer] Barbara Broccoli and I were sitting in the back of a car driving away from the Berlin premiere of Casino Royale. Everything was going well. People liked the movie. And it looked like I was gonna get a chance to make at least another movie,” Craig recalled.

“I said to Barbara, ‘How many of these movies do I have to make?’ Because I don’t really look at contracts or any of those things. And she said, ‘Four,’ and I went, ‘Oh, okay. Can I kill him off in the last one?’ And she didn’t pause. She said, ‘Yes.’”

Craig then said it was at this moment that he committed to the future of James Bond, and to Broccoli’s credit, she stuck to her word:

“So I struck a deal with her back then and said, ‘That’s the way I’d like it to go.’ It’s the only way I could see for myself to end it all and to make it like that was my tenure, someone else could come and take over. She stuck to her guns.”

Shout out to both Craig and Broccoli, because of the five Bond films they made, two of them are certainly some of the greatest ever made (Casino Royale and Skyfall), with a third, No Time To Die, not being all that far behind.

No Time To Die is now available to rent and purchase on all major streaming services.

‘No Time To Die’ Review: Just A Solid Movie But An Excellent James Bond Adventure