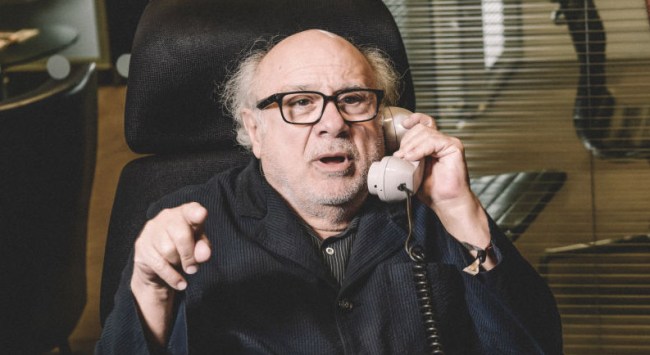 A few weeks back, 17-year-old Allison Closs was having a little trouble finding the right guy to take her to the high school prom. After much searching, she eventually decided that legendary actor Danny DeVito was the man for her. Or, well, at least a cardboard cutout of Danny DeVito.

“I considered other celebrities, like Bill Nye the Science Guy,” she told the New York Post. “But many of them would [have required] ordering a custom-made cutout, and I’m not about that money life, if you know what I’m saying.”

It also didn’t hurt that (a) she is a fan of It’s Always Sunny In Philadelphia and (b) she could buy a cutout of DeVito for just $100.

“Making things work with a human date can be so exhausting,” said Closs. “Danny’s not like that. He just goes with the flow… We never argue, never fight. Plus, he treats me the way a woman should be treated.”

Allison also remarked, “As an aspiring filmmaker, it would be huge to be acknowledged by a legend like him.”

Turns out dreams do sometimes come true, because not only did Danny DeVito acknowledge her, his response to her choosing him, or, well, his cutout, to be her prom date was about as perfect as perfect can get.

When news of her choice got back to the 73-year-old actor on set of It’s Always Sunny In Philadelphia, Rob McElhenney, aka Ronald “Mac” McDonald, was there to relay DeVito’s message.

As would we all be, Allison.

Thank you SO, SO MUCH @RMcElhenney and @DannyDeVito for fulfilling my dream of visiting Paddy’s Pub from @alwayssunny !! 🤩 pic.twitter.com/EJiLZ3V4Qy

this is actually goals

This story is awesome!!!!!! Just remember you must be at least 21 years old to eat rum ham. pic.twitter.com/zeXAVZvjAo