This Dark Fan Theory About ‘Spider-Man: Far From Home’ Has Me Concerned AF For ‘Avengers: Endgame’ 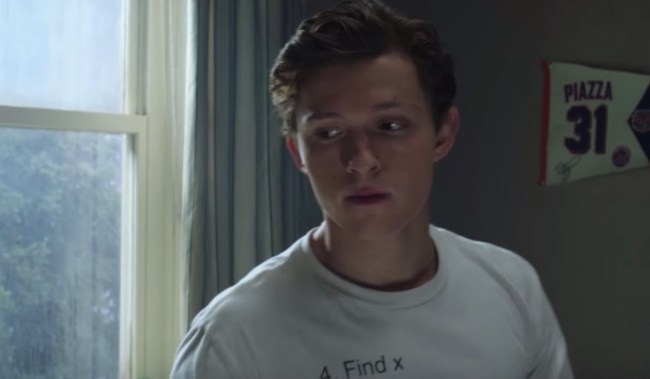 The first trailer for Spider-Man: Far From Home debuted this week and it rightfully confused a lot of people. Why? Well, there are some potential spoilers ahead if you haven’t seen Avengers: Infinity War so head out now unless you’re all caught up.

Still here? If you are then you probably already know why it’s weird that the Spider-Man: Far From Home trailer dropped, it’s because the last time we saw Spider-Man/Peter Parker it was turning into dust and disappearing after Thanos snapped his fingers and wiped out half of the universe.

Let’s start by watching the trailer if you haven’t already. Meet me on the other side.

In the new trailer, Peter Parker’s going on a trip to Europe with his classmates and he’s talking about how he wants a nice, normal trip without having to be Spider-Man. He even goes so far as to not pack the Spider-Suit in his luggage, a suit we later see him wearing in the trailer. Thanks to additional footage in the European teaser trailer, we know that it was Aunt May who packed the suit for him so that explains that.

Spider-Man: Far From Home is supposed to take place in the immediate aftermath of Avengers: Endgame. As pointed out on For The Win, Peter Parker, Aunt May, Happy, and others look ASTONISHINGLY CHILL for people who just came back from death in the aftermath of Thanos.

Based on this trailer, we know that Nick Fury, Peter Parker, and agent Maria Hill are alive and back from the dead. Others alive are Pepper Potts, Tony Stark’s wife, and Happy his personal bodyguard and driver. But where’s Tony?

Tony and Iron Man’s storylines have been intertwined since the Tom Holland Spider-Man was introduced to the MCU. So where the hell is Tony Stark? Here’s where it gets dark.

Twitter user @spideyxbishop points out that Tony isn’t signing is own checks, Peter looked at the suit Tony gave him and looked sad, and Happy said ‘you’re all alone’…Does this mean Tony’s dead? All signs point in that direction.

– Pepper Potts signed the check from the Stark Relief Foundation
– Peter looked at the suit Tony gave him with sadness in his eyes
– Happy said "You're all alone"
-Tony Stark is DEAD 😭#SpiderManFarFromHome pic.twitter.com/6nCjFDUch6

Here’s a closeup of that check where you can clearly see that Pepper Potts is the one signing Tony’s checks, and an isolated image of a visibly sad Peter Parker looking at the Spider-Suit given to him by Tony Stark. 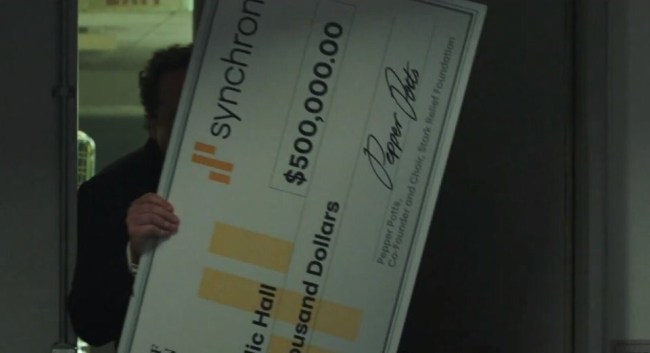 And there’s more about that check, according to For The Win:

In Civil War, Stark mentions a separate foundation, the September Foundation, to fund educational grants. The Relief Foundation is called in when places have been destroyed, like Zokvia. It’s a small detail, but feels pretty important. Why is Peter presenting a check from the Relief Foundation? As CEO of a bunch of Stark Industries stuff, it’s logical that Pepper would be the one signing all the checks, even if Tony were alive, but it’s also a very real possibility that Tony is not around to sign the checks and just typing that sentence made me sad again.

The prevailing theories on how Avengers: Endgame will shake out involve Thanos being undone by The Avengers figuring out a way to reverse Thanos’ snap but keep the current timeline, or Thanos’ snap is reversed and the current future is created in a new timeline.

This trailer alone is basically as much evidence as I need to believe the latter. NOBODY seems disturbed beyond belief that Thanos just killed half the universe a few days ago. Even for movie characters with a huge capacity to deal with crazy events they are all remarkably chill. Add in all fo this Tony Stark evidence and I think it’s safe to say we’re in for a new timeline.