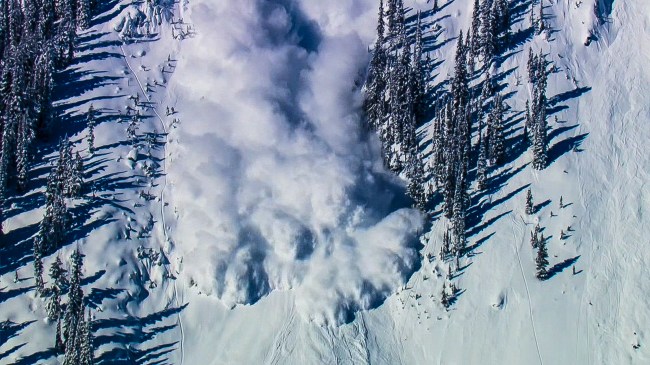 I’ll never understand why the average person drives with a dash cam, but by God, I’m glad they do. From capturing California’s raging fires to road rage fights in Russia, dash cams have provided some of the juiciest content on the world wide web.

Today is no different.

Dashcam videos from Sunday show an avalanche on Copper Mountain, near Breckenridge along I-70 in Colorado. The avalanche came storming down the mountain after getting drilled with three feet of snow over the weekend.

⚠️ 🏔️ Avalanche caught on camera: Snow came crashing down in Colorado near I-70 in Ten Mile Canyon outside Copper Mountain this afternoon. | Hear from the man who saw it all and took this video tonight on FOX31. pic.twitter.com/MPk3D9Raxe

According to Fox News, the Colorado Department of Transportation said not enough snow made it onto I-70 to impact drivers.

“It was not a controlled slide,” a CDOT spokesperson told FOX31. “It was a natural avalanche.”

Does your heart race watching this video? A family was driving on I-70 when an #avalanche came barreling down the mountain & across the highway, hitting their pickup and pushing it across the road. Luckily, nobody was hurt. (Video courtesy of Shaune Golemon) pic.twitter.com/xvIx04VbCc

Thankfully, no vehicles were caught in the avalanche and no injuries were reported in this avalanche, but one person is reported missing in an area where an avalanche occurred near Telluride.

According to the Coloradoan, there have been five avalanche fatalities in Colorado this season, which is about average.