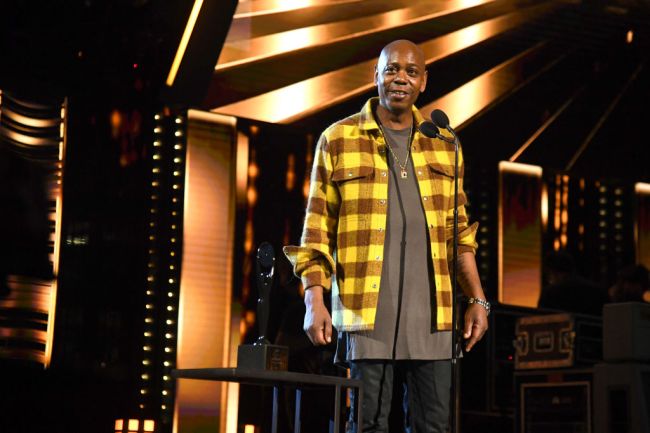 If one thing has become evidently clear following the tragic passing of Bob Saget, it’s that the 65-year-old stand-up comedian and former Full House star was an extraordinarily well-liked man.

In the days following Saget’s untimely passing, people all across the entertainment industry have paid their respects to the late comedian, including Dave Chappelle, who discussed the loss of his friends during a recent set at the Peppermint Club in Hollywood.

Dave was performing Thursday night in WeHo at the Peppermint Club and told the crowd how Bob had texted him shortly before he died, but Dave never returned the text. He says he was busy, and therein lies the lesson, you just never know what life holds so act accordingly.

Chappelle was not only a friend of Bob’s, he was always there for him when Bob was holding fundraising events for Scleroderma. As you know, Bob’s sister died of the disease when she was 47. It tore Bob apart, and he vowed to be a champion in finding a cure, and that he was. [via TMZ]

Chappelle also discussed his last communication with Saget, which he regretfully didn’t respond to:

“Tomorrow I’m going to go lay my comrade to rest,” Chappelle said. “Listen, I’m getting old, so a lot of people I know die… I started doing this comedy young. All of my peers are older than me.”

“Man, he just text me and I saw the text yesterday and never texted him back because I was just busy. Yeah, it happens. I’m just saying this to remind you: these moments are precious.”

Saget, who passed away on Sunday, January 9 at the age of 65-years-old, was laid to rest on Friday, January 14. Many of Saget’s former Full House co-stars in attendance, with John Stamos and Dave Coulier serving as pallbearers.

Our thoughts are with Mr. Saget’s friends, family, and loved ones during this difficult time.