Dave Chappelle Told Us 20 Years Ago 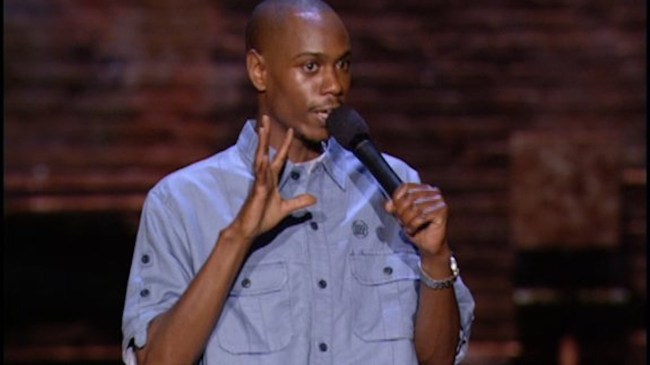 While you were sleeping — unless you’re a frequent resident of Scary Hours (2-5 a.m.), to which I say, god bless you — Netflix quietly released a roughly 30-minute Dave Chappelle “special” titled 8:46, a reference to how long Derek Chauvin knelt on George Floyd’s neck when he murdered him on May 25.

The reason I put “special” in quotations is that the 27-minutes of pure Chapelle wrath unleashed this morning (or last night) are far from stand-up comedy. It’s a lecture, a sermon. He’s not a comedian — he’s a philosopher, a professor.

Chappelle, who we’ve known and revered for two decades now, was angry. Mad as hell. Why? Because he tried telling us. He’s been trying to tell us for the entirety of his career. I can’t tell you how many times I’ve seen Killing em’ Softly, but I know that this is the first time I finally understood what he meant. This came out in the year 2000! Before the world-shifting event that was 9/11. And it still sounds like it could have been written yesterday.

Hearing Chappelle pour his soul onto the stage this morning, a full two decades after that Killin’ Them Softly joke, was heartbreaking. He’s watched this disease spread and mutate for the last 20 years, and now he’s realizing that — despite his best efforts — nobody listened. So, if we’re not going to listen to him tell jokes, then maybe we’ll listen to him scream for his life instead. We have to.

You can watch 8:46 in its entirety below. And if you want to watch Killin’ Them Softly, it’s currently streaming on HBO Go.

“From Dave: Normally I wouldn’t show you something so unrefined, I hope you understand.”