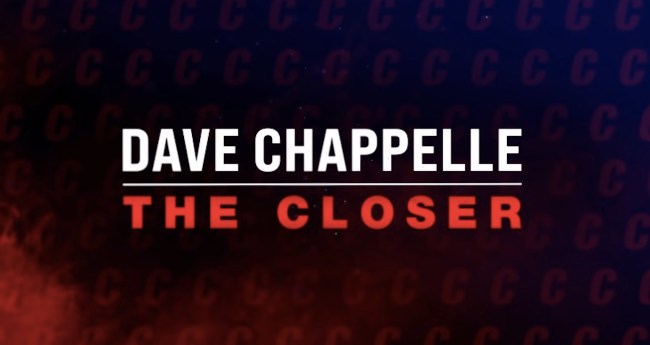 Following the untimely and unfortunate passing of Norm Macdonald, I’ve actually spent quite a bit of time thinking about stand-up comedy and the various styles it takes on. Macdonald, of course, became legendary thanks to his mix of absurdist concepts with deadpan delivery. Then there are the likes of Jerry Seinfeld and John Mulaney, who are basically traditionalists with their classic set-up-to-punchline structure. The final category, though, is the truth-tellers: the comedians who blur the line between joke-telling and modern-day philosophizing. The Bill Burrs, the George Carlins, the Dave Chappelles.

For my generation, for people who were teenagers when Chappelle’s Show first arrived on the scene, Dave Chappelle is *our* Carlin, he’s the guy we all look to, particularly in the context of stand-up comedy, to make sense of it all. Just look at his special from the Summer of 2020, 8:46, which was less of a comedy routine and more of a sermon about the history of violence against African Americans in this country. It’s the type of special that only Chappelle could produce — a true statement to his ubiquitous and unique greatness.

On Wednesday, Netflix announced that the sixth of their exclusive Chappelle stand-up specials, The Closer, would hit the streaming service on Tuesday, October 5. And given the retrospective way in which Netflix appears to be marketing the special — it’s titled “The Closer”, after all — this could possibly be his last.

As the teaser notes, this is Chappelle’s sixth special at Netflix following Sticks & Stones, Equanimity, The Bird Revelation, The Age Of Spin, and Deep In The Heart Of Texas. Perhaps they’re just indicating that The Closer is the final in this “set” of specials. Still just 48-years-old and arguably as sharp as he’s ever been, Chappelle certainly doesn’t seem like someone prepared to call it quits quite yet.