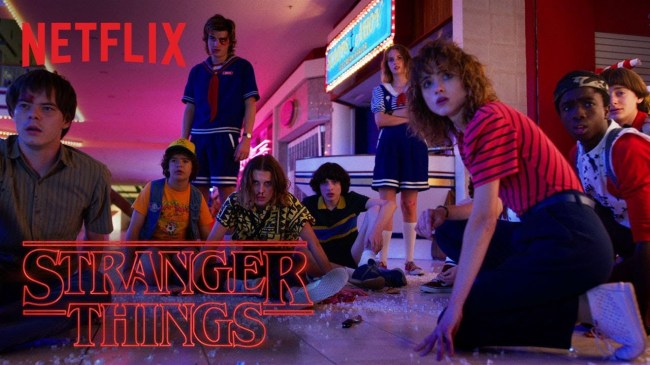 If you are a fan of the hit Netflix series Stranger Things, then you know we are fast closing in on the premiere of the show’s highly-anticipated third season.

We have already been treated to an excellent trailer, the first clip, and some kickass character posters for season three, all of which was more than enough to get people properly hyped.

And now, in addition to that, fans are being treated to even more news about the upcoming season in the form of interviews with stars of the show like David Harbour, aka Chief Hopper.

Speaking at MCM Comic-Con on Saturday, Digital Spy reports Harbour discussed how emotional the season three finale is going to be, calling it “very, very moving.”

“Millie [Eleven] is growing up and I think that’s the terrifying thing for Hopper. He doesn’t like the idea of his baby daughter hanging out with boys,” he said. “So the season starts with him a little bit uncomfortable.

“His daughter is becoming a teenager and beginning to find herself, so that’s scarier for Hopper than any Demogorgon creature that he’s going to have to deal with.

“You get to see a lot of that throughout the season and it’s very unexpected what happens in the end and it’s very, very moving. I think episode eight is the most moving thing we’ve ever shot.”

That’s definitely setting the bar pretty high for season three expectations, as if it was needed.

Also while at MCM Comic-Con, Harbour admitted there were “major problems” with the Hellboy reboot he starred in which bombed at the box office.

“We did our best, but there’s so many voices that go into these things and they’re not always going to work out,” he told Digital Spy. “I did what I could do and I feel proud of what I did, but ultimately I’m not in control of a lot of those things.”

Harbour also said he thinks movies like Hellboy are treated unfairly by audiences because people want to compare them to the Marvel films, which when that is done, the film usually “does very poorly.”

“I think as a rental or as a movie that you see on an aeroplane, I think you’d be like, ‘Oh that was fun’ because it’s a fun movie, and I think it was unfairly bludgeoned as a result of these comparisons,” he said, adding, “That being said, [the film] also has major problems.”